Iranian Patients Breathe Hard due to US Sanctions on Medical Imports

TEHRAN (Basirat): The US sanctions and restrictions on export of drugs and medical equipment to Iran have shortened the breath of patients suffering from cancer, hemophilia, epilepsy and thalassemia. 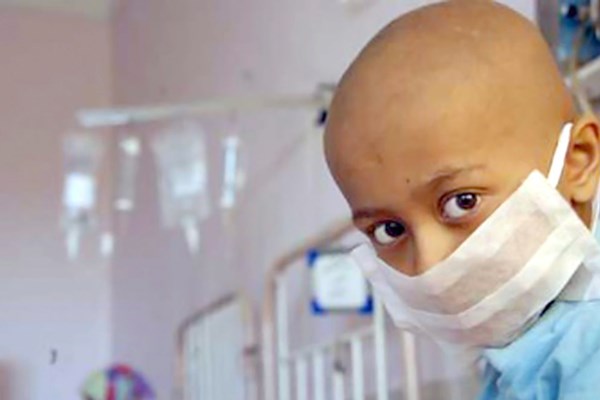 Despite the American officials' claims of not imposing sanctions on imports of drugs to Iran, it's reported that medications are hard to obtain in the country due to banking embargos that hamper money transactions which causes some Western companies to refuse to sell the necessary drugs and medical equipment to Tehran.
"The US has targeted the Iranian patients and they have planned to pressure those who are consumers of these drugs. Therefore, the vitamins and ordinary drugs are easily accessed in the market but the US is making its utmost attempts to prevent Iran from purchasing the vital medicine and those which are necessary for cancer patients," Head of the Iranian Society of Blood and Cancer of Children Hassan Abolqassemi told FNA on Tuesday.
He added that the crime committed by the US against the Iranian patients is worse than its crime in Hiroshima. 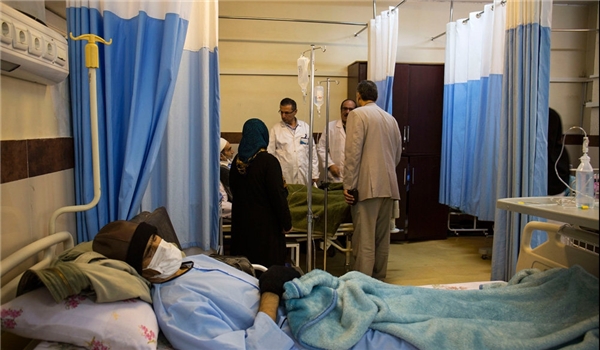 Meantime, Head of Iran Thalassemia Association Yunes Arab said that 90 thalassemia patients lost their life last year due to the lack of drugs and the US sanctions, adding that 60 other young patients also died in the current year.
"They would have been breathing a normal life if it hadn't been for the US sanctions on drugs," he told FNA.
The US embargos have also left impacts on the hemophilia patients.
"Basically, what the US is doing is a type of war crime; although the Americans declared that drugs and medical equipment are not sanctioned, what we witness is harsh sanctions in the field of drugs and medical equipment," former head of Iran's Hemophilia Association Ahmad Qavidel told FNA.
Also, Sara Nouri, the Managing-Director of Iran's MPS (Mucopolysaccharidosis) Patients Society, told FNA that the Association provides necessary medicine to the MPS patients but it has faced problems after the US sanctions.
"The most important medicine needed for the patients is a type of enzyme and they should receive them weekly," Nouri said, adding that 300 MPS patients have been identified in Iran so far but the number is expected to increase to 1,000.
"For instance, if a patient should receive 50 drugs in a period of time, he/she receives 5 to 10 drugs now due to the problems created by sanctions, and this will inflict serious harm to the patients' health," she warned.
Meantime, Dariush Nasabi Tehrani, the head of Iran's Epilepsy Association, cautioned of the shortage of medicine for the epileptic patients due to the US sanctions.
"Production of a number of medicine has been disrupted for the sanctions and the patients are forced to use the medicine produced by other companies which are highly expensive," Nasabi Tehrani told FNA.
"The embargos make these patients anxious and concerned about shortage of their drugs while they should be assured of easy accessibility to medicine due to the sensitiveness of their disease," he added.
In a Foreign Policy article earlier this year, Dr. Abbas Kebriaee Zadeh, professor of toxicology and pharmacology at Tehran University of Medical Sciences, wrote that US sanctions against Iran indirectly hamper the flow of vital medicines for cancer patients in the Islamic Republic.
The article revealed that while Washington claims its harsh sanctions against Iran would not target the flow of medicine and other humanitarian necessities into Iran, banking sanctions are in fact increasing import prices, blocking supply chains, and creating deadly drug shortages in the country.
Citing the US Census Bureau, Kebriaee Zadeh added that under the administration of US President Donald Trump during the last two years, the US’ annul exports of pharmaceutical products to Iran declined to an average of $8.6 million a year compared to $26 million annually during the Barack Obama-era sanctions.
Washington under Trump has also made it more difficult for European countries to export medicine to the Islamic Republic, Kebriaee Zadeh wrote.
“Swiss pharmaceutical exports to Iran fell 30 percent from 235 million Swiss francs ($240 million) in 2017 to 163 million francs ($167 million) last year, according to Swiss customs data. Even though sanctions were only fully re-imposed in November 2018, Swiss exports that year fell below the 173 million francs ($178 million) annual average observed from 2008 to 2015,” he said.
The report, citing figures from the Eurostat, added that in a similar manner, French pharmaceutical exports to Iran also fell 25 percent from 194 million euros ($218 million) in the Obama-era period to 146 million euros ($164 million) in 2018, slipping below the 2008 to 2015 average of 150 million euros ($168 million).
Iranian Health Minister Saeed Namaki said in August that Washington’s unilateral sanctions against his country which prevent medicines from being sold to Iran was a crime against humanity.
“Measures taken by the US administration in banning [access to] medicines needed by Iranian patients and pressures mounted by Washington on Iran's health sector amount to crime against humanity,” the Iranian minister said, in a joint press conference with his Lebanese counterpart, Jamil Jabak, in Tehran on August 5.
In relevant remarks on Monday, Iran's Judiciary Chief Ebrahim Rayeesi called on the international community to take action against the US sanctions which prevent imports of the Iranian patients' much needed medication.
The US which has failed in all its plots and seditions against Iran, "has adopted other measures, including prevention of imports of drugs to Iran", Rayeesi said, addressing the judiciary officials in Tehran.
He described the US sanctions as clear instance of "economic terrorism and crime against humanity", saying, "The international community should be vigilant and know that the US violates the nations' rights wherever it can and therefore, real action is needed against the US impudence."
Also, in November, Iranian Vice-President and Head of the Management and Planning Organization (MPO) Mohammad Baqer Nobakht lashed out at Washington’s economic terrorism against his country, reminding that Tehran is facing hardships to import needed food and medication at the same time that it is banned from selling oil.
Nobakht said that the US had created obstacles for import of food and medicines, adding that they had attempted to prevent export of a single barrel of oil as well.
Meantime, early in December, Head of Iran's Food and Drug Administration (IFDA) and Deputy Health Minister Mohammadreza Shanehsaz said that Washington's sanctions and the recent warning issued by the US Treasury Department was meant to be a coup against the Iranian patients, particularly those with special needs.
Source:FNA
"They have declared in the letter that they will provide a special line to supply drugs and medical equipment but they use policing methods to threaten the pharmaceutical companies that in case of providing Iran with medicine and medical equipment, they will not be allowed to export to the EU and the US," Shanehsaz told FNA.
He added that the US measures have created problems for Iran in supplying drugs to the special patients.