Iranians Take to Streets to Mourn for Gen. Soleimani Assassinated by US

TEHRAN (Basirat) - Iranians shouting “death to America” took to streets after Friday prayers to mourn for the general Qassem Soleimani who was martyred in a US strike in Baghdad in the early hours of Friday. 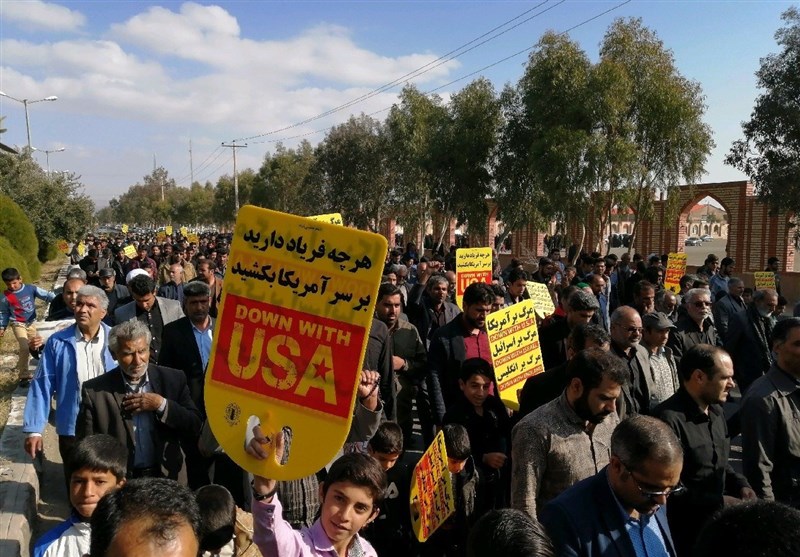 Leader of the Islamic Revolution Ayatollah Seyed Ali Khamenei In a statement on Friday, described martyrdom as a reward for Major General Soleimani’s lifelong efforts, and underlined that the revered commander’s path would be continued, adding, “However, a harsh revenge awaits the criminals who have the blood of him (General Soleimani) and the other martyrs of last night’s incident on their hands.”
The Leader also declared three days of national mourning in Iran.