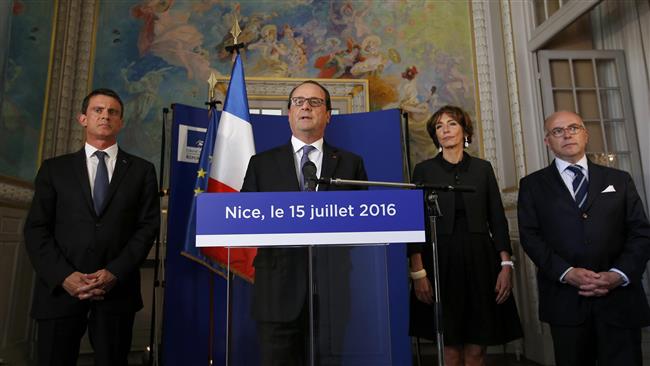 French President Francois Hollande says nearly 50 people are in a critical condition following the deadly terror attack in the southern city of Nice.

"As I speak 84 people are dead, and around 50 are in a critical condition between life and death," Hollande said in a speech from a hospital in Nice on Friday.

The French president said many foreigners and young children were among the casualties.

"There are French among the victims and also many foreigners from every continent and many children, young children," Hollande said.

"We are facing enemy that attacks any country which has freedom," he said, adding that France "stays vigilant against terrorism."

The French prosecutor later confirmed that ten children and teens were among the dead.

resident Hollande had earlier described the attack as being of an "undeniable terrorist nature." 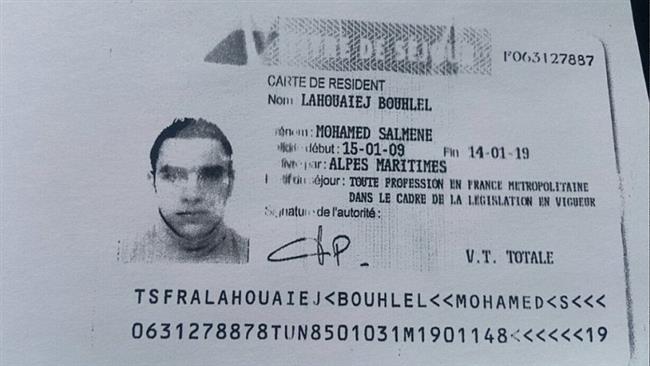 On Thursday night, a driver rammed a truck at high speed into a large crowd of people who had gathered for Bastille Day fireworks in Nice.

The truck plowed into the crowd over a distance of two kilometers (1.2 miles) while hitting people, including children, who were celebrating the national holiday.

Police sources said the driver is a 31-year-old Franco-Tunisian man whose identity papers (one of which is shown below) were found in the truck.

The ex-wife of the suspect, Mohamed Lahouaiej-Bouhlel, was held for questioning on Friday, a police source said, as investigations are underway to find out the motives behind the attack and if there were any possible accomplices.

French Prime Minister Manuel Valls on Friday declared three days of national mourning, noting that the government decided to extend until October the state of emergency, which has been in place in France since the November 2015 attacks in Paris.