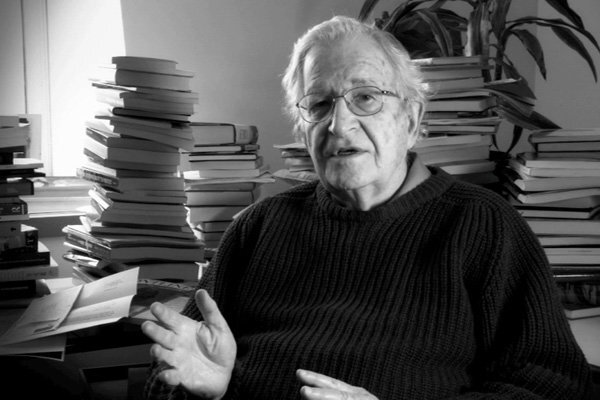 “It (Soleimani’s assassination) is at least international terrorism, arguably worse,” Chomsky told the Hindustan Times.
He was responding to a question on Iranian Foreign Minister Javad Zarif who described Soleimani’s killing by a U.S. drone strike as an instance of “international terrorism”.
After the U.S. killed the IRGC Quds Force chief in a drone attack in Baghdad on January 3, Zarif tweeted, “The US’ act of international terrorism, targeting & assassinating General Soleimani... is extremely dangerous & a foolish escalation. The US bears responsibility for all consequences of its rogue adventurism.”
Chomsky suggested that Soleimani’s killing is a violation of international law.
He pointed out, “International law is quite explicit on these matters. It bars the threat or use of force in international affairs, with narrow exceptions that plainly do not apply here (in the case of Soleimani’s death).”
Chomsky also feels that there is no sign that the U.S. military’s domination in West Asia will diminish over the coming weeks and months.
U.S. military presence in the region hasn’t diminished “from the norm over the years and I see little reason to expect it to. All unpredictable. Depends on how matters develop”, he said.
However, he argued that the domination of American military power in the region is now much less compared with what it was in 2003.
“It is diminishing from the peak during the invasion of Iraq (in 2003), the worst crime of this millennium,” Chomsky said.
The United States assassinated Soleimani, Iran’s top anti-terror commander, and his comrades-in-arms in an airstrike in Baghdad on January 3.
The U.S. airstrike also martyred Abu Mahdi al-Muhandis, the deputy commander of the anti-terrorist Iraqi Popular Mobilization Forces (PMF).
Soleimani is recognized internationally as a legendary commander in the battle against terrorist groups, especially Daesh (ISIS). He commanded forces who resisted ISIS which was advancing toward the Iraqi Kurdistan and came close to Baghdad.
Officials in Tehran and independent generals in the world have said the Soleimani assassination amounts to an act of war against Iran.
On Wednesday morning, Iran carried out the Shahid (Martyr) Soleimani Operation against an American airbase in Iraq with more than ten missiles.
Iran had vowed to take "tough revenge” for Soleimani’s blood.
In a statement, the IRGC warned the United States that any more aggression or movement will receive a more “painful and crushing” response.
Source:TehranTimes
The Iranian nations' cry for revenge
Only Trump, ISIS Celebrated Gen. Soleimani’s Death: Zarif
US House votes to curb Trump war powers
Iran’s Missile Attack on US Base Beginning of Major Operation: Commander
Martyr Soleimani Commemorated
Tags: basirat ، general soleimani ، assassination ، international terrorism ، Noam Chomsky
Error Report
0