TEHRAN (Basirat) : Four teams representing Iran in the AFC Champions League - Persepolis, Esteghlal, Sepahan and Shahr Khodro – have announced that they will not play in neutral field. 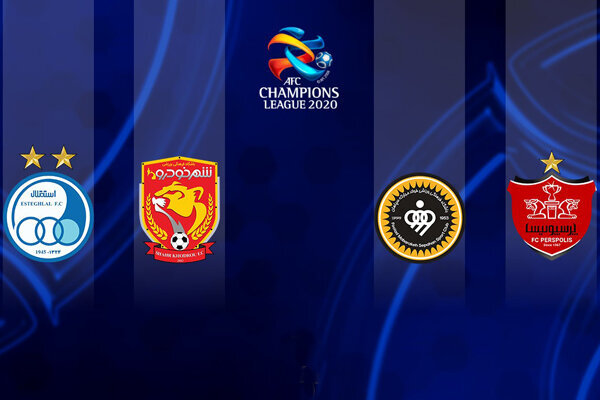 They have made the decision in response to a new letter from the Asian Football Confederation (AFC)’s Secretary General.
Following a new released letter from the AFC Secretary General about hosting international matches by the Iranian teams in the new season of the AFC Champions League, a meeting was held on Monday in the presence of Iran Football Federation officials and General Managers of the four clubs.
At the end of the meeting, they wrote an official letter in response to the Secretary General of the AFC, which reads as follows:
1.Iranian clubs believe that there is no legitimate reason for being banned from their hosting rights, declaring that they will not transfer their hosting right outside the Islamic Republic of  Iran.
2. All Iranian clubs participating in 2020 AFC Champions League announce that they will only participate in the tournament if the Asian Football Confederation formally declares that they can host their rivals in the territory of the Islamic Republic of Iran.
3. If AFC accepts the above-mentioned terms, the Iranian clubs will only accept a change of schedule within the calendar.
4. Managers of the Iranian clubs request to meet as soon as possible with the President and the Secretary General of the AFC.
Source:TehranTimes
To ban Iranian teams calls AFC credibility into question
Brazil's Bolsonaro Enchanted with Trump, Or Smart Leader
BDS launches global campaign to boycott Puma over support for Israel Football Association
Iran’s Most Advanced Football Stadium Opens in Ahvaz
Tags: basirat ، AFC Champions League ، Iran Football Federation
Error Report
0