TEHRAN(Basirat): The International Rescue Committee humanitarian group has published its annual "Emergency Watchlist" listing the ten countries facing the world's worst crises in 2020. Guess what? Yemen and Syria have once again made the top list. 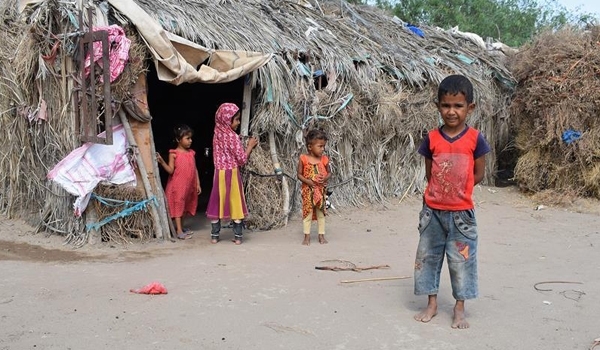 The US-backed, Saudi-led war since 2015 has produced millions of refugees and millions more internally-displaced people in Yemen. The risk of food insecurity runs high, which is compounded by airstrikes and blockade, and risks of drought and famine. Every other child can be sick with fever or malnutrition, or medicine shortage, and one in four children can have disease at any one point in time.

Access to the outside world is also difficult due to conflict and the blockade from the Saudi-led coalition and proxy groups. Dozens of humanitarian and Red Cross workers have also been killed since 2015. Yemen is also featured in the IRC's 2020 watchlist, in an indication of how little has changed in the country over the past years.

The same could be said about Syria, with the US and a number of its allies using the country as a battleground for their own or their proxy wars. The constant fighting and airstrikes have damaged a huge amount of civilian infrastructure, leaving less than half of the country's health facilities remaining fully functional, and more than one in three schools damaged.

The US-led regime change conflict has also produced more than 6 million internally-displaced people and 5.7 million refugees, making this the biggest refugee crisis in the world. At the same time, Turkey and multiple European countries have shut their doors on these migrants.

Sadly enough, the deadly conflicts, supported by the US-backed and Saudi-led coalitions are set to rage on in both Yemen and Syria with no end in sight. This clearly means civilians will continue to struggle with frequent air strikes and attacks on basic infrastructure like hospitals, schools, and sanitation systems. Many ports have been closed off, making the import-dependent countries in dire need of food and medicine.

In this telling, it is safe to conclude that the US is not in a position to preach others on human rights. Such misdirection is being used by the White House all over again this year, far and wide in the realm of domestic and international human rights.

The Trump administration foreign policy experts, all severely weakened at home and with few allies abroad, should lay their cards on the table regarding exactly what the evidence is. On the roller coaster ride that is Trump’s foreign policy, it’s hard to discern what’s real and what isn’t, what’s rhetoric and what’s not. They never tell us what the evidence against other nations is. At its core, this policy, this smear campaign is indefensible. It puts them on the wrong side of history.

What’s actually happening in Yemen and Syria should be obvious. Instead of ending the stagnant wars and recklessly torpedoing the beneficial dialogue with their governments, the disorganized Trump administration has worryingly handed over ideological ammunition to their allies in the region, mainly Saudi Arabia and Israel, with similar urges to aggravate the politically charged conflicts. There should be alarm here. It’s no longer secret that they are also adding more and more floors to this strategic blunder with potentially catastrophic implications for both Yemen and Syria.

There’s a lesson to be learned here and the lesson is this: The UN should resume serious peace talks and draw up a foreign troop withdrawal. The powerful reality is that some governments and “fakestream” media outlets are still presenting falsehoods, fabrications, and obsolete assumptions to go further. The result is the absence of verifiable, unbiased information in Western mainstream media on the territories stretching from Damascus to Sana’a; and consequently, a deliberate attempt to prolong the unnecessary instability, death and destruction for oil, money and profit.

To Washington’s credit and its co-conspirators in the Middle East, in terms of lives lost and damaged and treasure wasted, the cost of their illegal interventions has been immense. The consequences have been devastating for Syria’s and Yemen’s civilians. The situation will only get worse in 202, unless meaningful action is taken by the UN to immediately end the twin conflicts.