TEHRAN(Basirat): Iran’s retaliatory strike against a US base in Iraq earlier this month proved the worthlessness of the US military’s vaunted technology, an American political analyst said.

“Although US media refuses to consider the possibility that US defenses failed, the military leadership certainly recognizes the problem. Just as in the successful attacks on Saudi oil facilities in September, the vaunted technology of the US military was proven worthless. This will strengthen the hand of those who advise caution to the President, but they face formidable opposition in the councils of power from the neoconservative Zionists like Pompeo, Pence, Esper and many others who constantly argue for war,” Charles Dunaway told Tasnim in an interview.

Charles Dunaway is an American radio host and journalist who runs an online political forum. After a career as a systems analyst, Charles began a new career in radio journalism, joining the staff of a local station and becoming News Director.  In 2016 he began producing his own program focused on international affairs called Wider View.

Tasnim: On January 8, Iran’s Armed Forces launched missile strikes on a US base in western Iraq in retaliation for the US assassination of the prominent Iranian commander Lieutenant General Qassem Soleimani. What is your take on the attack?

Dunaway: We know now that President Trump ordered this attack some 7 months ago. David Wurmser, an advisor to former National Security Advisor John Bolton and a close associate of Israeli Prime Minister Benjamin Netanyahu, suggested a targeted strike on General Solemani in a memo to Bolton in June 2019 - seven months before the attack.

The Zionist neoconservatives in the Trump Administration clearly believe that assassinating high-level officials of a foreign government, like punishing sanctions, is an acceptable means to achieve regime change. That in itself is a violation of international law but coupled with the fact that the US is not officially at war with Iran (or any other nation), that this murder was carried out on the soil of an allegedly sovereign nation without their permission, and that General Soleimani was on a diplomatic mission, the illegality and immorality of this act is multiplied geometrically.

As is usual, the US government put forward several transparently false rationales for this killing - Soleimani was planning to blow up 4 US embassies, he was personally responsible for the deaths of hundreds of US soldiers, he was posing an imminent threat to unnamed US facilities, etc. The real reason can be found in Wurmser’s memo - “...were unexpected, rule-changing actions taken against Iran, it would confuse the regime. It would need to scramble,” he writes. Such a US attack would “rattle the delicate internal balance of forces and the control over them upon which the regime depends for stability and survival.” This action like virtually every other action taken against Iran by the US over the last 41 years is designed to reverse the 1979 Islamic revolution and turn Iran into a US satrapy.

If rule-changing actions like assassinations of government officials are now to be considered normal policy of the US regime, then every official of every government that opposes US global hegemony is now at risk. Needless to say, without any remaining vestige of international law, the officials of the US are also fair game - an unintended consequence of the immoral and illegal behavior of the US government.

Tasnim: Iran fired 16 ballistic missiles. US forces failed to intercept them and could only watch and wait for impact, according to American websites and reports. The attack highlighted US missile defense vulnerability. How could this change equations in the future?

Dunaway: Although US media refuses to consider the possibility that US defenses failed, the military leadership certainly recognizes the problem. Just as in the successful attacks on Saudi oil facilities in September, the vaunted technology of the US military was proven worthless. This will strengthen the hand of those who advise caution to the President, but they face formidable opposition in the councils of power from the neoconservative Zionists like Pompeo, Pence, Esper and many others who constantly argue for war.

Although President Trump ran on a platform of extricating the US from its regime change wars in the Middle East, that desire for withdrawal never applied to Iran.  Trump is heavily supported by Zionists such as Sheldon Adelson who are no doubt encouraging him to increase pressure on Iran on behalf of the nation that has their true allegiance.

If the military remains firm in their unwillingness to consider an all-out war with Iran, the neoconservatives in both parties will continue to do whatever they can to cause such a war to break out. So far, due primarily to the carefully considered reactions of the Iranian government, we have avoided that war.

Tasnim: Later, US officials confirmed that eleven American troops were injured in the strike despite prior claims by Washington that no one was hurt. The scope of destruction was so extreme and is now becoming clear. Why did Trump attempt to downplay the attack and said, “All is well”? Why do you think the US failed to respond?

Dunaway: I can think of two possible reasons that Trump decided not to respond.  First, the precision of the Iranian attack and the inability of US air defenses to stop it put pressure on the President to stop before significant numbers of US soldiers were killed. This is an election year and the sight of dozens of US servicemen and women coming home in body bags would be very unpopular, particularly with an electorate that believed they were electing a President who would end the wars.

Second, it could be that Trump accomplished what he set out to do - prove to the neoconservatives in the Republican Party that he would carry out Israel’s agenda if allowed to continue in office. The Wall Street Journal reported that  “Mr. Trump, after the strike, told associates he was under pressure to deal with Gen. Soleimani from GOP senators he views as important supporters in his coming impeachment trial in the Senate...” Those could only be the most rabid Zionists/neocons in his party who are bent on regime change in Iran.

Tasnim: Leader of the Islamic Revolution Ayatollah Seyed Ali Khamenei said last Friday, “The day the missiles of the Islamic Revolution Guards Corps crushed the US base is one of the days of God. The Guards' response was a major blow to America's fearsome superpower image”. What do you think? Do you believe that it was a historical turning point as it was the first and only direct attack on the US since World War II?

Dunaway: First of all, it is not the first and only direct attack on the US since World War II. There was the Tet Offensive in Vietnam in 1968 and some might also include the attack on the Marine Barracks in Beirut in 1983.

If the US were either a democratic nation or one governed by intelligent and prudent people, then the successful IRGC attack on Ayn al-Asad Air Base on January 8 would be sufficient to cause a reassessment of policy and look for ways to de-escalate the situation. Of course, the US government is run by grossly under-informed and arrogant people and the citizens of the US have no say whatever in how they are governed.

Currently, we have an impeachment trial underway in which President Trump is accused primarily of interfering in the imperialist foreign policy operations of the Deep State. The charges originated with the CIA and the Democratic Party as a result of the defeat of Hillary Clinton in 2016. Trump is not charged with making war illegally or imposing illegal sanctions on other nations because the Democratic Presidents have done the same. Not a single viable candidate for the Presidency is likely to significantly alter US imperialism and its concomitant aggression or its slavish devotion to the whims of the Zionist regime in Tel Aviv.

An economic collapse, perhaps brought about when the US dollar is no longer the world’s reserve currency or required for oil transactions, is more likely to end US imperialist aggression than a careful assessment of the costs of another war. 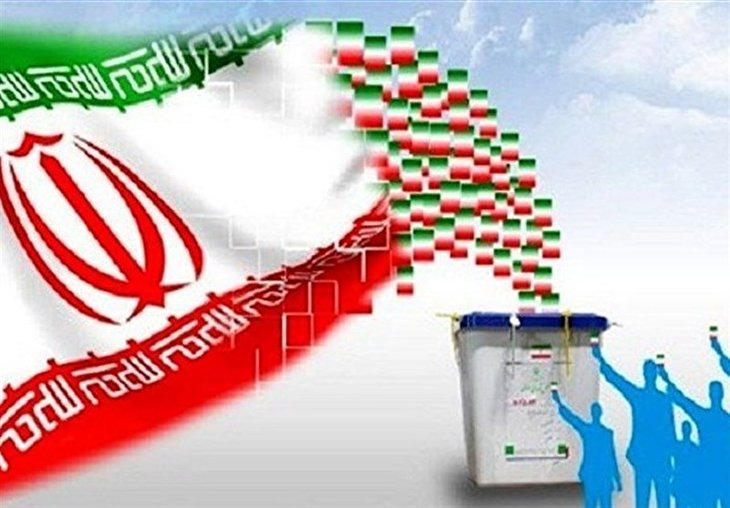 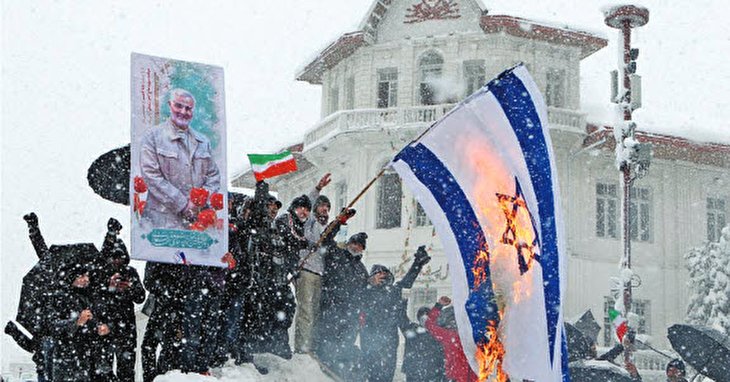 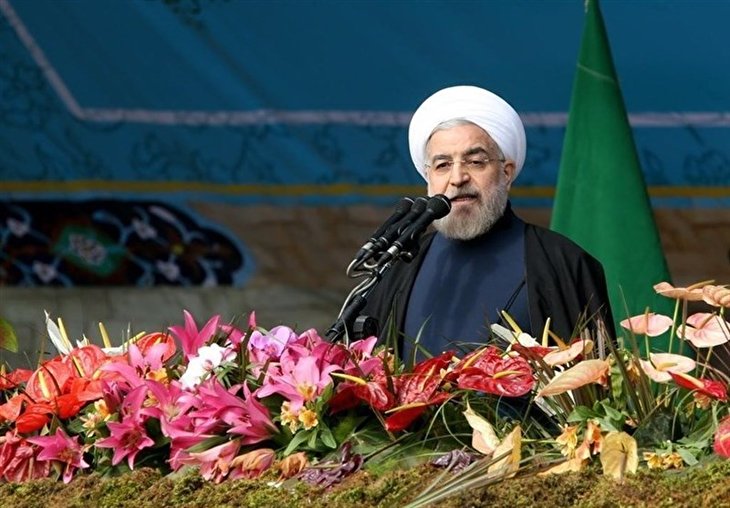 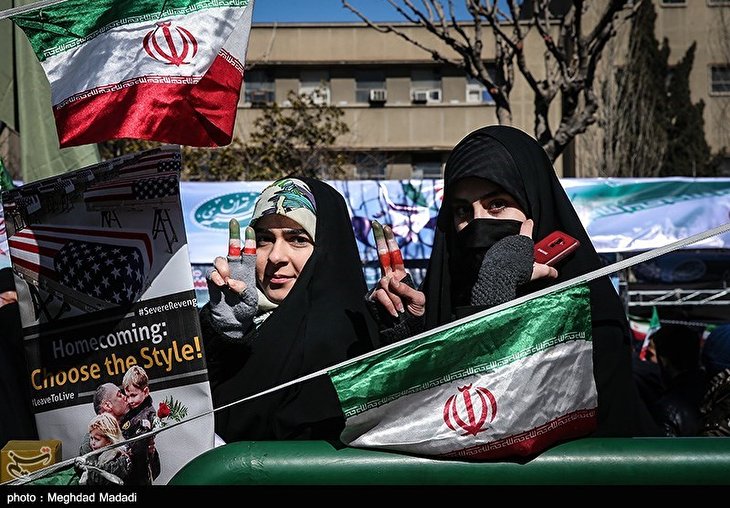 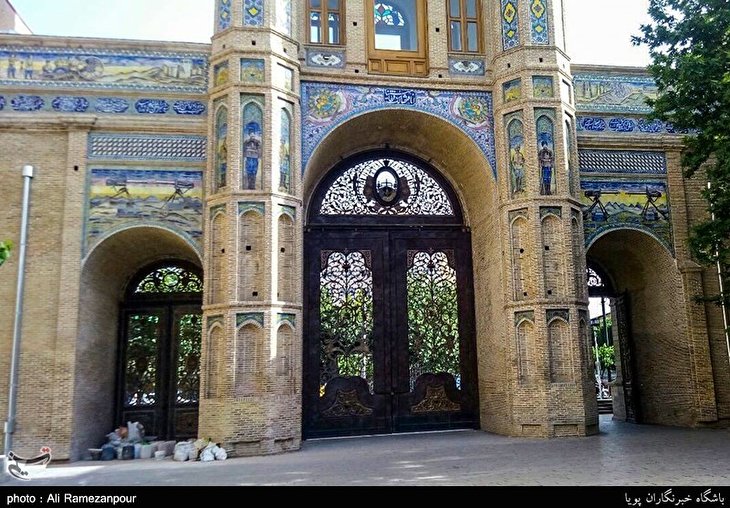 The Gate of National Garden in Iran's Tehran

Prof: Iran does not consider Saudi Arabia as enemy