TEHRAN(Basirat): Jamal Wakim, Professor of International Relations, says the assassination of Lieutenant General Qassem Soleimani encourages Daesh (ISIL or ISIS) to retake parts of Iraq and Syria, paving the way for Washington to keep its troops in the West Asia. 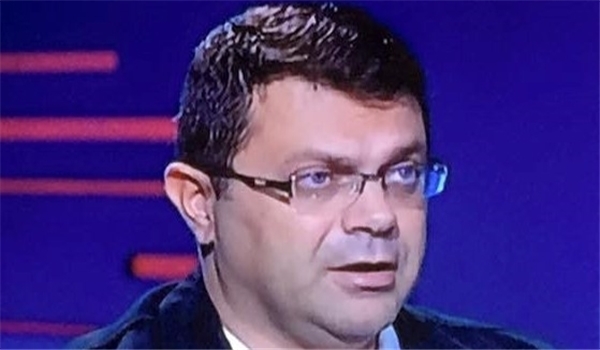 In an exclusive interview with FNA, Dr. Wakim said, “General Soleimani played a major role in fighting and defeating Daesh […] The assassination of General Soleimani proves that USA does not intend to fight Daesh but rather to fight Iran and blockade it for its own geopolitical purposes.”

Jamal Wakim is a Professor of International Relations at the Lebanese University. Also, he has worked as a reporter and correspondent for various media outlets, including Azzerman Kuwaiti Magazine and New Television in Beirut. He has published a number of articles on topics related to Syria and to the history of Arab-Islamic Civilization.

Q: The US has long continued to claim that its presence in Iraq and Syria is aimed at fighting Daesh. How could the US assassination of Lieutenant General Soleimani fit in such a framework?

A: Daesh was a mere pretext for the United States to send back its troops to Iraq after it was forced to withdraw them in 2011. So, USA supported Daesh to take parts of Iraq in 2014 then used it as the pretext to send back its troops, because it wants to keep this country under its control to use it as a base against Russia, Iran and China. The US strategy is to contain the Eurasian powers and forbid them from having access to maritime trade routes. If it succeeds to do this, it would be able to drive the economies of Eurasian powers into stagnation, hence leading to the implosion of these Eurasian powers. This is the grand US plan to subdue its opponents, and preserve its hegemony over global affairs.

The assassination of General Soleimani proves that USA does not intend to fight Daesh but rather to fight Iran and blockade it for its own geopolitical purposes. Also, we never saw the USA target Daesh troops. General Soleimani played a major role in fighting and defeating Daesh, so his assassination is part of a greater scheme by the US to unleash Daesh one more time to take over parts of Iraq and Syria the way it did back in 2014. This could serve the US as a pretext to keep its troops in Iraq. This can be the case especially with the calls by the Iraqis for the Americans to withdraw, and the political developments in the past two years which have led to the election of a parliament which is predominantly anti-American, and an independent Iraqi government.

Q: Iran's Islamic Revolution Guards Corps (IRGC) and Iraq's Popular Mobilization Units, Hashd al-Shaabi, are both official armed forces. How could the US justify its assassination of a top IRGC General and a PMU deputy commander under international law?

A: No international law justifies this attack, but USA never acts according to international law when it comes to its interests or to what it perceives as its geopolitical objectives. This has always been the case with the USA whether in relations to backing coup d’etats against democratically elected governments, in the Arab World, the Muslim world, and the third world, or through direct military intervention in many countries around the globe, or even through masterminding assassination attempts against the leaders and politicians who oppose American hegemony in the world. In all these cases, Washington breaches international law and acts as a rogue nation that is committing crimes one after another.