TEHRAN(Basirat): Head of the Iran Space Agency (ISA) Morteza Barari said on Saturday that his country enjoys a 100% technological capability to design and manufacture a satellite in less than 9 months. 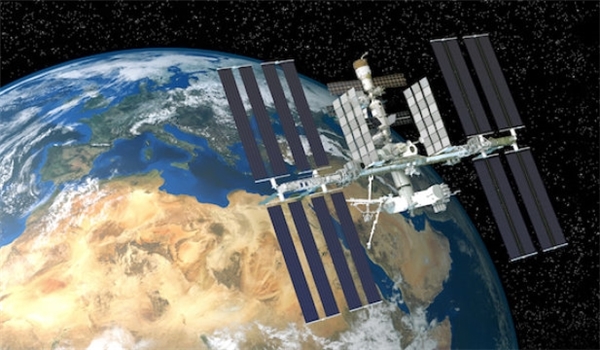 Barari highlighted the advancements in the field of space exploration and satellite making in Iran, and said that now the country is quite independent in designing and manufacturing satellites in a 9-month span.

The official added that Zafar satellite will be sent to the orbit within the next few days, recounting that 6 technical teams of experts, researchers and scientists are conducting final tests in a round the clock procedure before the launching of the satellite.

Barari added, “Fortunately, all tests have been successful so far,” reassuring that everything is OK for the launch of the satellite in the coming days.

Last Wednesday, Iranian Communication and IT Minister Mohammad Javad Azari Jahromi announced that the country will send into the orbit its new home-made satellite, 'Zafar (Victory)', before February 11 (the 41st anniversary of the victory of the Islamic Revolution of 1979 in Iran).

"This satellite (Zafar) will be launched before February 11 and the related information will be declared transparently," Azari Jahromi told reporters in Tehran after a cabinet meeting.

He added that Zafar will be launched on the back of Simorq carrier, adding that a copy of Zafar has also been manufactured to be launched immediately if efforts to send the first satellite into the orbit fail.

Azari Jahromi had announced last Sunday that his country was gearing up to send two state-of-the-art home-grown satellites into orbit, adding that the two spacecraft have been delivered to the ISA.

“The Zafar 1 and 2 satellites, which have been designed by Iranian scientists, have successfully passed their tests and their launch process will commence soon,” Azari Jahromi said in a tweet.

He described the developments of these satellites and their launchers as a great step in the country’s space program, saying, “Two versions of Zafar have been built by young Iranian scientists, both of which are technologically superior to those we had built before.”

Zafar, a fully sophisticated satellite built at the Iran’s University of Science and Technology, was announced by the ISA on Saturday to have been placed atop the ready-to-launch list.

The new satellite, designed for an 18-month activity plan, weighs about 90 kilograms and is equipped with four color cameras to capture the Earth's surface with a resolution of 80 meters.

Zafar is similar in size and weight to its previous version — the Payam satellite — but distinct in one way as it can move in circular orbit and send a message alongside its exploratory missions.

In January 2019, the domestically-built Payam (Message) satellite was launched into space with an aim to collect environmental information; however, technical problems that occurred during the final stage of the launch prevented the spacecraft from reaching orbit.

In February 2015, the Islamic Republic placed its domestically-made Fajr (Dawn) satellite into orbit, which is capable of taking and transmitting high-quality photos to stations on Earth.

Iran considers its space program a matter of national pride, and has said its space vehicle launches are for scientific purposes.

Last month, Barari said that his country is holding negotiations with a country with advanced space technology to jointly send scientist astronauts to space.

Barari said that the ISA has commenced plans for cooperation with what he called an ‘advanced country’ to send scientist astronauts to space.

“The talks are underway, and we hope to reach an agreement with one of the countries to commence the project.”

Barari declined to name the country with which the ISA is in talks about the project before the talks have been finalized.

“With the cooperation of this country, we are aiming to send a scientist-astronaut instead of a space tourist. Our goal is to participate in international projects; that is, to have an Iranian scientist present in the Earth's orbit or a space station to take part in international research projects,” he added.

“The process of talks must be carried out fully. Once done, we will announce the schedule for the implementation of the project in the near future,” he said.

The Iranian scientists have in recent years made astonishing progress in development of the country's space program.