TEHRAN (Basirat) : Chinese Ambassador to Iran Chang Hua reiterated his country’s support for Iran against the US sanctions and said the East Asian nation is the only country that buys oil from the Islamic Republic. 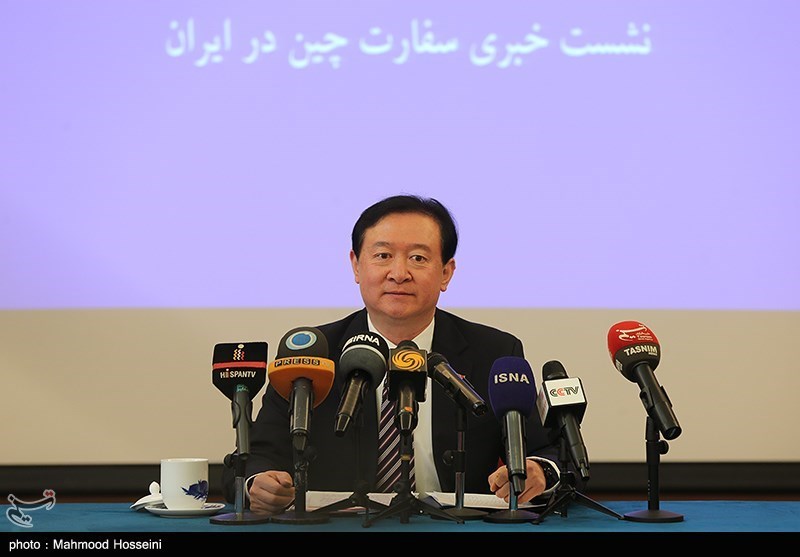 The cooperation between Iran and China is under pressure from a third country and this is tantamount to interference, which is illegal under international law, Chang said at a press conference in Tehran on Wednesday.
China strongly opposes unilateral sanctions (by the US) and their impact on the cooperation of countries, the diplomat stated.
He further pointed to the US government’s maximum pressure campaign against Iran and said since May 2018, when the United States walked away from the 2015 nuclear deal, known as the Joint Comprehensive Plan of Action (JCPOA), Washington has been trying to cut Iran’s oil exports down to zero.
Despite the unprecedented pressure, China is the only country that buys Iranian oil in these conditions, he said, pledging that Beijing will not change the policy in the future.
The remarks come against the backdrop of increased tensions between Iran and the US with Washington imposing new sanctions against the Islamic Republic.
The US has ratcheted up pressure on Iran since May 2018 after withdrawing from the JCPOA.
Since then, the administration of US President Donald Trump is trying to reduce Iran’s oil exports to “zero,” and has sent an aircraft carrier strike group, a bomber squad, an amphibious assault ship, and a Patriot missile battery to the Middle East to try to stack up pressure on Tehran.
Iranian officials, however, have dismissed such moves as psychological warfare, saying the country has its own ways of circumventing the American bans.
Source:Tasnim
HRW: US sanctions pose serious threat to Iranians’ right to health
U.S. lying that sanctions exempt food, medicine: Iranian minister
Official: Sanctions on Iran’s Petrochemical Industry A Total Failure
Tags: basirat ، china ، sanction ، oil ، jcpoa
Error Report
0