TEHRAN(Basirat): A Saudi teenager who had participated in anti-government rallies as a child was handed an 8-year prison sentence, a human rights group reported. 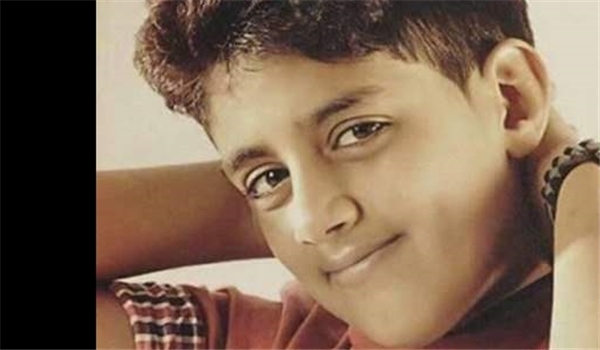 The Saudi public prosecutor’s office sought a death sentence for Murtaja Qureiris, now 18, on 2018 but the threat of execution did not become public until last June, drawing international condemnation.

The charges filed against the teenager related to his attendance at anti-government protests, some that took place when he was as young as 10.

He was arrested at 13 and has been held in prison since, according to the rights group in Saudi Arabia, the Prisoners of Conscience, which has tracked the case for years.

According to the group, the judge told the teenager’s lawyer that instead of the death penalty, he would receive an 8-year sentence that will be followed by another 8-year travel ban.

The Amnesty International had earlier declared that the Shiite teenager was being held in solitary confinement and has several times been beaten and tortured.

"Murtaja Qureiris, now aged 18, was arrested in September 2014 and detained at Dar al-Mulahaza at the juvenile detention center in al-Dammam city. He was held in solitary confinement for a month and subjected to beatings and intimidation during his interrogation. His interrogators promised to release him if he confessed to the charges against him. In May 2017 he was moved to al-Mabaheth prison in al-Dammam, an adult prison, even though he was just 16 years old. Throughout his detention he was denied access to a lawyer until after his first court session in August 2018 at the Specialized Criminal Court, an anti-terror court set up in 2008, that has increasingly been used for cases involving human rights activists and protesters," it said.

The charges against him include participating in anti-government protests, attending the funeral of his brother Ali Qureiris who was killed in a protest in 2011, throwing Molotov cocktails at a police station, and firing at security forces, according to Amnesty.