TEHRAN(Basirat): A senior reformist legislator said that candidates with different political tastes and from across the isle are present in the upcoming parliamentary elections in Iran. 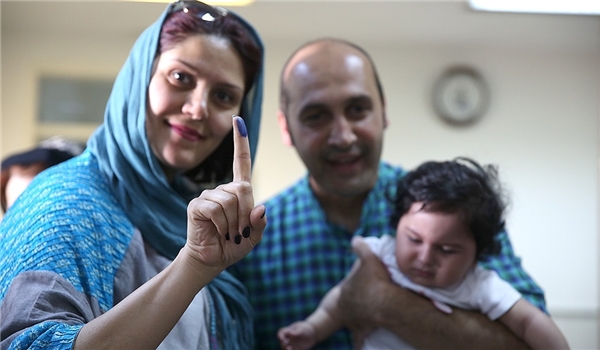 "People with different thoughts, tastes and tendencies are present on the scene in the upcoming elections," Nourmohammad Torbatinejad told FNA on Monday.

He added that despite the negative propaganda about disqualifications, representatives of different tastes and political parties are present among the wide spectrum of the candidates.

"People in Iran are free-handed to choose anyone with any level of capabilities and any taste and thought," Torbatnejad said.

Iranians go to the polls on February 21, 2020 to vote for all 290 seats in the unicameral parliament.

Campaigns officially kicked off in Iran on early Thursday by nominees of parliamentary and Assembly of Experts elections due to be held on February 21.

The campaigns officially started at 00:00 Thursday (20:30 GMT, Wednesday), and the candidates will have one week to win the people’s support for their candidacy.

The 11th parliamentary elections and the midterm elections for the Assembly of Experts – a body whose members designate the country’s Leader – are to be held simultaneously on February 21.

The candidates will have until Wednesday night to promote themselves, and after that, there will be a 24-hour silence until the voting begins on Friday morning.

The elections, held every four years, are scheduled to take place on February 21. A second round could take place in the second month of the next year on the solar calendar (April 20-May 20, 2020) if some seats remain vacant.

Last year, Iran's parliament objected to a motion to increase the number of the seats, keeping the figure at 290.

A total of 57,918,000 people are eligible to cast their ballots, therefore; there would be one lawmaker at the parliament per each 190,000-strong segment of the Iranian population.

A total of 7,148 candidates, including dozens of Iranians from the religious minorities, are running for the parliament.

In capital Tehran, 1,453 candidates are contesting one of the 30 allocated seats on the legislature.

The lawmakers are elected for a 4-year term, with no limitation for the incumbent or former parliamentarians to run again.