TEHRAN (Basirat) :During a ceremony on Wednesday, three Iranian-made cars were unveiled in the presence of President Hassan Rouhani, IRNA reported. 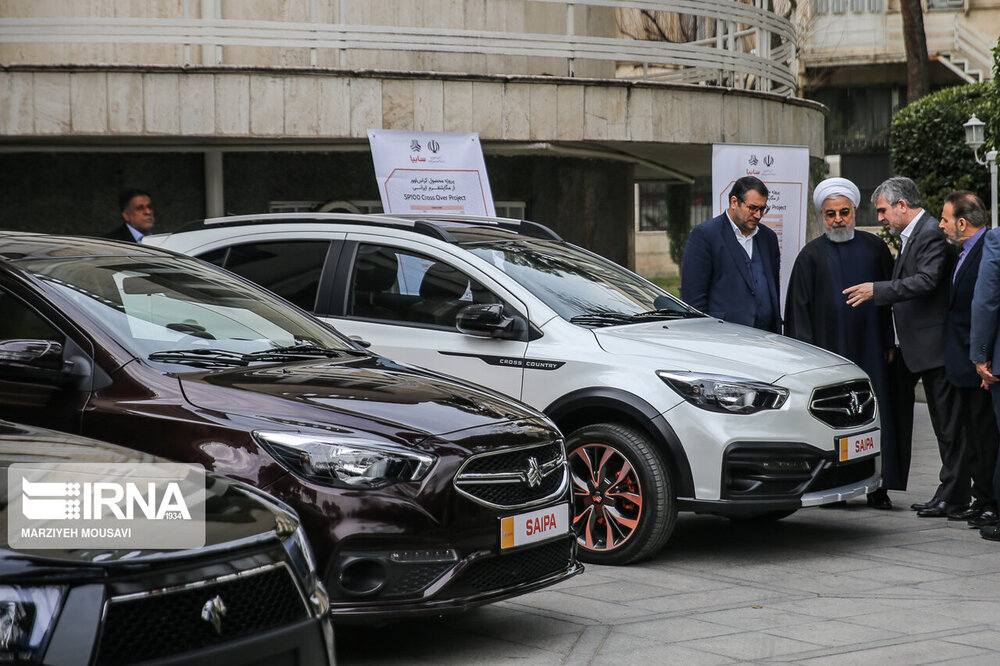 The ceremony, which was held after a cabinet meeting, was also participated by First Vice President Es’haq Jahangiri and Industry, Mining and Trade Minister Reza Rahmani.
Speaking to media on the sidelines of the ceremony, Rahmani said the pre-sales of these cars has been started and they will be distributed to the market soon.
The new cars are 90 percent domestically made and just a few of their parts are imported, the minister said adding that based on the planning underway manufacturing of those imported parts will be indigenized in the present and coming years.
These cars are complying with the world’s modern standards and their fuel consumption is considerably lower than the previously manufactured vehicles, he further emphasized.
As recently announced, Iranian carmakers have prepared some incentive packages to encourage investment making by the auto parts manufacturers.
Offering these incentives is in line with promotion of indigenizing the manufacturing of auto parts.
Purchasing the domestically-made auto parts at the same price of the similar imported parts and making the purchase guarantee deals with the auto part manufacturers are some of these incentives.
In mid-May last year, industry minister issued a directive on “strengthening domestic manufacturing of imported auto parts”.
Addressing two of his deputies, Farshad Moqimi, deputy for industrial affairs, and Mohammad-Baqer Ali, the board chairman of Iran’s Industrial Development and Renovation Organization (IDRO), Rahmani put emphasis on using the highest potential of human resources for strengthening domestic manufacturing of auto parts which are currently imported to the country.
He said the policy of domestic manufacturing of auto parts should be seriously followed up, and in this due the capable manufacturers should be seriously supported.
Source:TehranTimes
Tags: basirat ، hassan rouhani ، Rahmani
Error Report
0