TEHRAN(Basirat): 30 patients who had been diagnosed with COVID-19 virus infection were treated at specialized hospitals in Qom city in Central Iran and were dismissed on Wednesday. 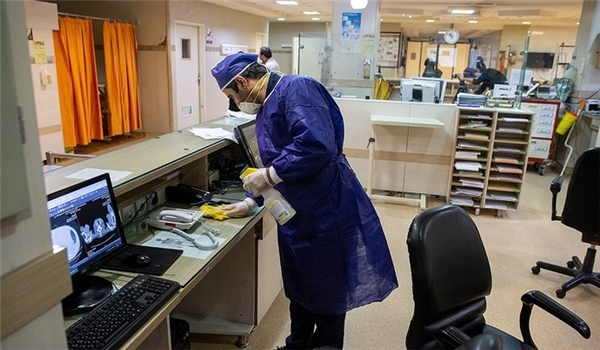 “434 people suspicious of being infected with coronavirus have been admitted at Qom hospitals (so far),” Deputy Head of Qom’s University of Medical Sciences Ali Ebrazeh told reporters in Qom city on Wednesday.

He added that 30 coronavirus patients have been discharged from hospitals after recovery.

Spokesman of the Iranian Health Ministry Kianoush Jahanpour had on Tuesday put the number of patients infected with coronavirus in the country at 95, adding that 15 people had died.

He also said that over 700,000 sanitation packs, including equipment to prevent coronavirus-infection have been transferred to Qom province, the first place where the COVID 19-infection was diagnosed, and are being distributed among people.

As a preventive measure, Iranian authorities have ordered a week-long closure of educational and cultural institutions across over 10 provinces as of Thursday.

Spokesman for Tehran's Department of Education Masoud Saqafi said the decision was made to "prepare schools" which have to be disinfected and sanitized.

Tehran’s Mayor Pirouz Hanachi said Sunday that all the city’s public places, including the metro trains and buses, are being disinfected every night as part of attempts to contain the spread of the virus.

Head of Food and Drug Administration Mohammad Reza Shanehsaz also said that pharmacies will no longer be allowed to sell protective masks and that masks will be distributed among the population via government-run centers free of charge, with the priority given to virus-hit provinces.

Iran's Minister of Science, Research, and Technology Mansour Qolami called on all university deans to make every effort to maintain a calm atmosphere and adopt effective measures to prevent the virus from spreading.

The death toll from the novel coronavirus has risen to over 2,700 worldwide, with the vast majority of those in mainland China. The total number of global cases stands at over 80,000.

South Korea now has more than 1,146 coronavirus cases nationwide. Europe's biggest outbreak is in Italy, where seven people have died and there are over 220 infections, with restrictions imposed on some municipalities. Iran has reported at least 139 cases and 19 deaths.

The coronavirus can cause various illnesses, ranging from the common cold to more severe diseases such as pneumonia. Common signs of the infection include respiratory symptoms, fever, coughing, shortness of breath, and other breathing difficulties.