TEHRAN(Basirat): Head of the Judiciary's High Council for Human Rights Ali Baqeri Kani delivered a petition signed by the Iranian people in condemnation of the US assassination of IRGC Qods Force Commander Lieutenant General Qassem Soleimani to the UN High Commissioner for Human Rights Michelle Bachelet. 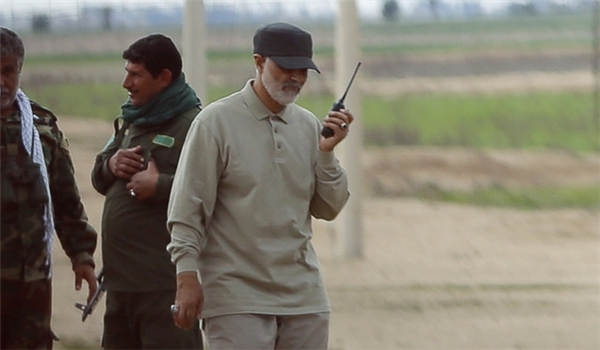 The petition has been signed by thousands of Iranian people on the sidelines of the February 11 rallies to commemorate the anniversary of the victory of the Islamic Revolution in Iran.

The petition is due to be submitted to the UN secretary-general and the relevant officials by Bachelet.

During the meeting in Geneva on Thursday, Baqeri Kani also referred to the US cruel sanctions against Iran, and said, “The world human rights bodies should not assist with the legitimization of the US anti-human crime through its silence over the sanctions.”

Lieutenant General Soleimani was assassinated in a US drone strike on Baghdad International Airport in Iraq on January 3.

The airstrike also martyred Deputy Commander of Iraq's Popular Mobilization Forces (PMF) Abu Mahdi al-Muhandis. The two were martyred in an American airstrike that targeted their vehicle on the road to the airport.

Five Iranian and five Iraqi militaries were martyred by missiles fired by the US drone at Baghdad International Airport.

On January 8, the IRGC Aerospace Force started heavy ballistic missile attacks on US Ein Al-Assad airbase in Southwestern Iraq near the border with Syria and a US operated airbase in Erbil in retaliation for the US assassination of General Soleimani.

The second IRGC reprisal attack targeted a US military base near Erbil airport in Iraqi Kurdistan Region in the second leg of "Martyr Soleimani" reprisal operation.

Iraq said the attacks had not taken any toll from its army men stationed at these two bases. The US army had blocked entrance into Ein Al-Assad to everyone, including the Iraqi army.

It was the first direct attack on the US army ever since world war two.

The IRGC officials said none of the missiles had been intercepted.