IRGC Sets Up Biological Base for Coronavirus Fight

TEHRAN (Basirat) : Commander of the Islamic Revolution Guards Corps Ground Force unveiled the opening of a biological operation base to contain the novel coronavirus epidemic in Iran. 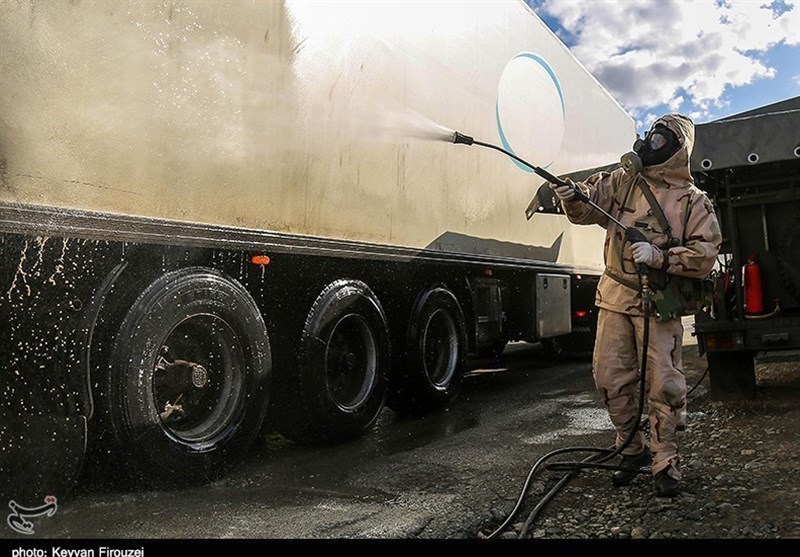 IRGC Ground Force Commander Brigadier General Mohammad Pakpour said his forces have established a biological operation base for the fight against COVID-19, noting that microbiology and virology experts of the IRGC have also been deployed to the contaminated areas of the country.
He added that all modern warfare units in ten bases of the IRGC Ground Force have been put on alert.
The modern warfare battalions, including the Be’sat-24 modern warfare group, Saberin Special Forces brigade, and Mirza Kuchak Khan brigade, have been stationed in areas where the coronavirus has spread, the commander stated.
He also noted that the IRGC Ground Force units have been disinfecting public places and streets in the city of Qom since February 26.
Brigadier General Pakpour went on to say that the IRGC Ground Force’s medical brigade has prepared fixed and mobile hospitals as well as rapid reaction medical teams in order to help the Health Ministry.
The IRGC on Saturday formed the Coronavirus Fight Base to coordinate efforts in the battle with COVID-19 and arrange cooperation with the Health Ministry.
IRGC deputy commander for health and treatment General Ahmad Abdollahi said the IRGC researchers have launched plans on development of a coronavirus vaccine since the early days of outbreak of the disease, adding that the research program is run by three teams. “One of the medicines has produced positive results in the laboratory stage, and we hope to obtain a result in the clinical stage as well.”
“Our virology laboratory was among the first places that could diagnose the virus, as we can detect the virus in less than 8 hours. In the coming days, we will be giving the dear people good news,” he stated.
The death toll from the novel coronavirus epidemic in Iran rose to 54 on Sunday, and the total number of confirmed cases of infection reached 978.
The novel coronavirus has killed more than 3,000 people worldwide, the vast majority in mainland China. There have been more than 85,000 global cases, with infections on every continent except Antarctica.