TEHRAN(Basirat): Iranian security forces managed to dismantle a terrorist cell in Zahedan, the provincial capital city of the Southeastern province of Sistan and Baluchistan, where they intended to plant a bomb at a police station. 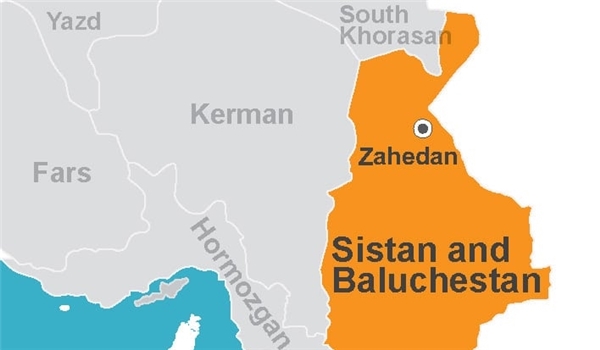 Two terrorists who were after placing a 5-kilogram bomb at a police station in Zahedan were identified and after a short clash were wounded and then arrested by Iranian security forces.

The security forces then defused the bomb.

Then in February 2019, Dozens of Islamic Revolution Guard Corps (IRGC) members were killed or wounded after their bus came under a terrorist attack in the province.

The bus was carrying IRGC personnel on a road from the city of Khash to Zahedan when a truck loaded with explosives and moving alongside the bus detonated.

A statement released by the Quds Base of the IRGC's Ground Force said the bus was carrying a group of IRGC personnel "coming back from a border guarding mission when it came under a suicide car attack by Takfiri terrorists", but did not mention the number of passengers.

The US officials have repeatedly stressed that they would take every possible measure to pressure Tehran, including support for groups operating against Iran.