How Media Misinforms About Western Role in Middle East

TEHRAN(Basirat): Mainstream press and media in the West continue to portray the United States as a supporter of noble objectives such as human rights, freedom and democracy in the Middle East. 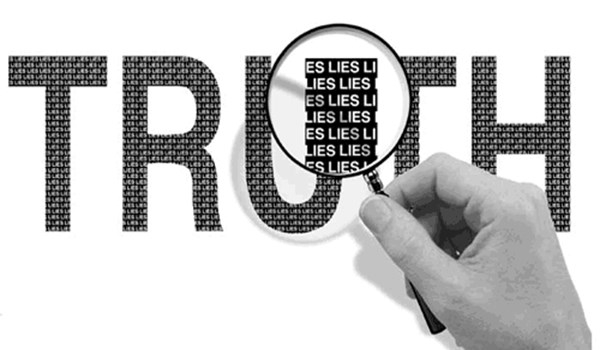 With regard to the US-backed and Saudi-led war on Yemen, for instance, the world public is being bombarded by views supporting the priorities of US policy-makers, which is ensuring the status quo in the region. There is only a very small space in some independent media outlets for critical, independent analysis and key facts about US foreign policy and involvement in the conflict. In this respect, there is also little divergence between the democratic and republican press and media.

The Saudi regime under Bin Salman has killed thousands of civilians and has become increasingly repressive at home, jailing tens of thousands of opponents as well as Shia citizens and journalists. During this period, the US government has deepened military, trade and investment with the regime, in effect acting as a sponsor for it.

The lack of reporting is especially striking given that the US government has itself been consistently announcing its support, especially in military relations, for the Saudi regime in the war on Yemen.

The US has also deepened its military cooperation with Israel, a highly controversial policy while it continues serious human rights abuses and illegal settlement building in the occupied West Bank and Gaza. The US Navy conducts exercises with the Israeli navy and provides military training to Israeli officers.

Yet no media outlet in the West criticises these policies, despite being a threat to regional peace and stability.

When the Israeli warplanes bomb Syria killing and destroying civilian and military objects, which is widely condemned by the United Nations, there is no coverage and criticism in the Western press and media either. Neither is there widespread criticism in the press and media when Israeli warplanes bomb the besieged city of Gaza.

Many aspects of Western governments’ relations with Saudi Arabia have also gone under-investigated by the media, despite the special relations between the countries. Saudi Arabia is by far the West’s top military and arms purchaser, but various components of this barely exist in the mainstream media.

Inconvenient truths are regularly downplayed or buried as well. For instance, they never bother to hold the Saudi regime to account for the brutal murder of journalist Jamal Khashoggi in Turkey. While the independent press frequently highlights UN reports about his torture and murder at the Saudi embassy in Istanbul, Western governments remain silent on UN concerns and reports about the criminal conduct.

Western governments’ role in the devastating war on Yemen, which began in 2015, has also been notably under-reported. In the first two years of the conflict, few media outlets mentioned the Western role, despite much evidence on this in the public domain, notably from answers by ministers to parliamentary questions, with some noting Western training of Saudi pilots and Western officers’ presence in Saudi war operations rooms.

The West’s and in particular the US military role goes even deeper in Syria, with training and weaponising various terrorist groups. Their roles in the war on Syria have been distinctly under-reported and mis-reported and have overwhelmingly followed the priorities of Washington which is regime change. While the press and media have widely reported Western military operations against ISIL in Syria, their regime change campaign has received much less attention.