TEHRAN(Basirat): First it was the US-imposed wars and sanctions, now it is coronavirus contagion that is threatening the war-devastated peoples of Syria and Yemen. 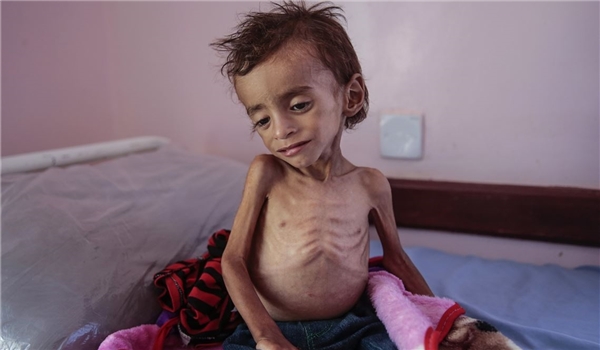 The Syrian and Yemeni health systems have been destroyed or degraded by the US-instigated and US-backed conflicts while already poor health services have been wrecked. The hapless citizens of these countries receive little aid from the international community because of US sanctions, banking restrictions and blockades.

Fearing a massive outbreak, the World Health Organisation delivered test kits and protective gear to Syria a month ago but sanctions prevent Syria from acquiring sufficient supplies. The same acute problem exists in Yemen, where the Saudi regime, backed by the United States, refuses to lift its land and air blockade, while carrying out airstrikes against civilian objects, including markets, hospitals and medical centers.

Before the regional emergence of coronavirus, more than 85,000 Yemenis had died from treatable diseases and malnutrition. Saudi crown prince Mohammed bin Salman, who launched the stalemated war, would lose face if he ended it without victory. None of these has worked out well for Riyadh and Washington.

The prohibition on foreign aid flights has reduced relief teams and suspended medical evacuations. The International Committee of the Red Cross reported that the population is “particularly vulnerable” to disease because 80 percent “lacks food, fuel, drinking water and access to healthcare services”.

The United Nations or the so-called international community should hang their heads in shame. They have all largely pontificated over a non-existent Iran-Saudi proxy war at play in the impoverished nation, while it is and has always been a direct Saudi-led war on a poor nation. Reports from the ground highlight the deepening crisis for the country's 26 million residents, largely forgotten and caught in the cross-chairs of an unnecessary war and now mass coronavirus contagion.

In this COVID-19 world of hell, who would doubt that the US-backed invasions and sanctions continue without sanction by the UN Security Council. The aggression continues the international lawlessness that the US precipitated with its bogus war on terror. There are numerous similarities with Israeli wars too: No UN mandate, no legality, no justification, no Security Council resolution, no international condemnation, and of course no accountability for war crimes at the International Criminal Court in The Hague. Expect the coronavirus outbreak to get worse in the besieged city of Gaza, too.

The warmongers and their cohorts which gave us al-Qaeda and ISIL continue to trump international law and any concerns about the lives of the hapless people of Yemen and Syria. The terror-mongers are determined to unravel these sovereign nations all because they refuse to cow back into submission or remain content with second-class status.

There exists a historic opportunity for the UN to call on the US and Saudi Arabia to end their aggression and allow international aid to Syria, Yemen and Gaza. Many rights organizations and international charities are warning that it might be too late to save lives.

Sadly enough, regime change advocates and extremists in Washington are unwilling to offer sanctions relief to these war-torn countries. They consider these troubling times to be a golden opportunity to weaponize human misery. Amid all the strangeness, don't forget the strangeness of Secretary of State Mike Pompeo who said Washington won’t block humanitarian assistance to Syria and Yemen. He never said how this would be the case amid economic sanctions and restrictions.

In these desperate times, the US government should walk the talk and offer sanctions relief to both Syria and Yemen. Washington should make clear that world governments and organizations will not be penalized for financing or supplying humanitarian and medical aid to these war-torn countries. There is no other way to prove that Washington is not lying when it says it cares about the long-suffering people of Syria and Yemen.