TEHRAN(Basirat): Chairman of the Russian Committee on International Affairs Leonid Slutsky referred to the worldwide coronavirus outbreak, saying his country has sent aid to Iran and believes that all countries should stand by the Islamic Republic. 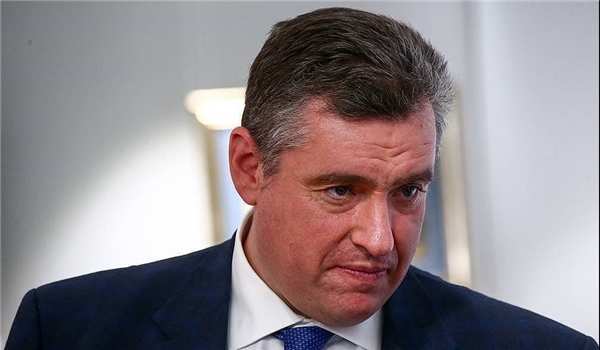 "While some politicians are just talking, writing articles or delivering a speech, we are helping people survive", Slutsky said in his video message.

The Russian official noted that his country has recently sent artificial respiration devices, pumps, and other medical equipment to Iran.

During the phone talks at Tuesday night, Zarif and Lavrov reviewed issues on the coronavirus pandemic, and evaluated mutual collaboration in fighting the highly contagious disease as excellent.

Lavrov, for his part, underlined his country's resolve to continue all-out trade and economic cooperation with Iran and help it increase agricultural exports for which the good neighbor needs under the US illegal sanctions.

He also pointed out that Russian will resolutely ask Washington to remove its inhumane sanctions which have created obstacles in the way of the government's fight against the deadly coronavirus.

However, according to FNA, the researchers of Tabriz University succeeded to make an automatic spraying apparatus and optical thermometer that can be installed on walls. This measure has been taken in line with confronting coronavirus outbreak.

Meanwhile, Health Minister Saeed Namaki said that, with the help of diagnosing the infected persons, we will cut the chain of transmission of this disease. He added that the project of social distancing will be put into effect.

The coronavirus COVID-19 is affecting over 195 countries and territories around the world. The virus was first reported in the central Chinese city of Wuhan late last year. It has so far killed more than 24,300 people and infected over 542,000 others globally.

Iran reported on Friday that a total number of 2,378 coronavirus patients have died and 32,332 cases of infection have been identified in the country so far. Meanwhile, 11,133 people have also recovered.