TEHRAN(Basirat): An official of Khorasan Razavi province said that Iran has continuously rendered medical services to the immigrants from neighboring states, while some states have stopped such services to foreign nationals. 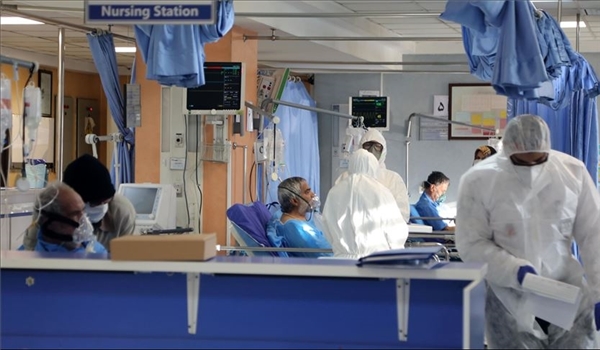 He went on to say that 19 medical staff including doctors, nurses, midwives and screening officials are from Afghanistan who are working with Mashhad University.

Meanwhile, another provincial official said unfortunately some foreign media promoted targeted and false media hype claiming that no services are offered to foreign nationals in Iran.

He added that Doctors Without Borders (MSF) have had good cooperation with Iranian Health Ministry based on a MoU.

Doctors Without Borders have been working with Iran with regard to Hepatitis and HIV for six years to cure Afghan and Pakistani nationals.

He added that Doctors Without Borders are now in Iran and have visited health facilities in the country.

Iran is now hosting a population of over three million foreigners and Razavi Khorasan ranks first with regard to accepting foreign nationals.

Based on the official statistics, some 320,000 foreign immigrants are now living in Razavi Khorasan.

The coronavirus COVID-19 is affecting approximately all countries and territories around the world. The virus was first reported in the central Chinese city of Wuhan late last year. It has so far killed more than 34,000 people and infected over 722,000 others globally.

As for Iran, the Iranian health ministry announced on Sunday that 2,901 new cases of infection to COVID-19 virus have been identified in the country, adding that 2,640 patients have died so far.

“According to laboratory results, a sum of 2,901 new cases of infection to COVID-19 virus have been identified in Iran during the past 24 hours, increasing the number of infections to 38, 309,” Health Ministry Spokesman Kianoush Jahanpour said.

He added that fortunately, 12,391 patients infected with COVID-19 virus have also recovered and been discharged from hospital.

Jahanpour said that 123 coronavirus patients have passed away during the past 24 hours, noting that the death toll has increased to 2,640 so far.