TEHRAN(Basirat): A spokesman for Iraq’s Nujaba Islamic resistance movement said the Iraqi resistance is well capable of hitting US bases in the country. 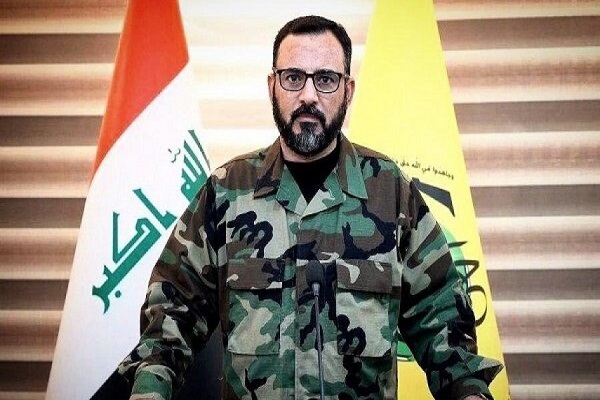 In a post on Twitter, Nasr al-Shemari said the Yemeni fighters have proven the ineffectiveness of American missile defense systems.

The Islamic resistance of Iraq is also capable of defeating the systems and pounding US bases in the country, it added.

Last week, a senior official of Nujaba warned of a “decisive” response to any potential attack by the US against the resistance group’s positions in the future.

It came after Iraqi security sources said on Sunday that new US troops have been deployed to Ain al-Asad in the western Iraqi province of Anbar amid reports that the Pentagon was preparing for a new escalation.

Arabic-language Almaalomah news agency cited a security source as saying that planes carrying American soldiers and military advisers had landed at the base.

The reported deployment comes after the New York Times said last week that the Pentagon had ordered military commanders to plan for an escalation of American combat in Iraq.

Iraqi lawmakers unanimously approved a bill on January 5, demanding the withdrawal of all foreign military forces led by the United States from the country following the assassination of Lieutenant General Qassem Soleimani, the commander of the Quds Force of the Islamic Revolution Guards Corps, along with Abu Mahdi al-Muhandis, the deputy head of the Iraqi Popular Mobilization Units (PMU) – better known by the Arabic name Hashd al-Sha’abi, and their companions in a US airstrike authorized by President Donald Trump near Baghdad International Airport two days earlier.