TEHRAN(Basirat): Rabbi Joseph Kohn says the so-called deal of the century is rejected by Judaism, as the religion does not accept the occupation of Palestinians lands to continue. 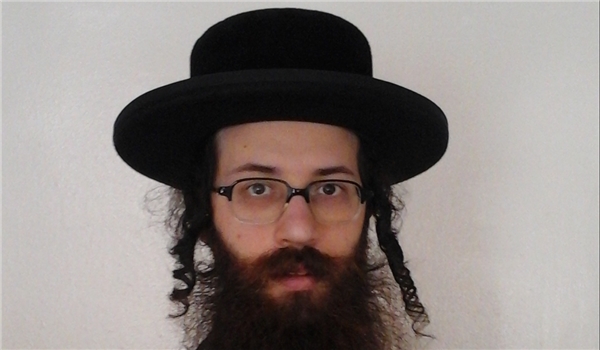 Speaking in an exclusive interview with FNA, Rabbi Kohn said, “The only way to truly bring about peace would be to end Zionism, end the occupation in it is entirety, allowing the return of all refugees and restore the rights of the Palestinians in their ancestral land […] Every Palestinian who has been forcefully displaced by the Zionists’ actions deserves the full right of return.”

Rabbi Joseph Kohn is with Neturei Karta International, a religious group of Haredi Jews, opposing Zionism and calling for a dismantling of Israel. They believe that Jews are forbidden to have their own state until the coming of the Jewish Messiah.

Q: With the so-called deal of the century, Palestinians will be deprived of their internationally recognized Right of Return. How is that viewed by Judaism?

A: The existence of the State of Israel and all its criminal actions, including murder and occupation of another people’s land, is forbidden in Judaism. Jews true to Judaism, from day one, have opposed the Zionist occupation of Palestine, including the forced displacement of 750,000 refugees in 1948 from their ancestral properties. (Today they number in the millions.) Palestine was a place of peace, where Jews lived and flourished as in other Muslim countries, from Iraq to Yemen, from Iran to Palestine. Zionism came in and created this state against the wishes of the residents, including the God-fearing Jewish community. The existing Jewish community expressed their opposition to the establishment of a Jewish state because it is against Jewish law for Jews to have their own sovereign state, and it’s forbidden to steal Palestinian land. The Zionists claim to be acting in the name of the Jewish people, but they are not. Judaism is a religion that teaches belief in God and observance of His laws. Zionism is a movement to discard religion, ignore the Jewish concept of peaceful exile and enter into armed conflicts with other nations. When we talk about bringing peace, we first have to examine what led to the unrest, end the root cause of the problem and then we can, with God's help, achieve peace. Zionism created the unrest and continues to be the impediment to peace. Judaism does not and cannot accept a deal that allows any part of the occupation to remain or continue. No part of the occupation is justified; it is against the Torah to kill and to steal. Justifying the existence of the State of Israel, which is a rebellion against God, and adding more suffering to an already pained people, cannot bring peace. The true religious Jewish opinion was not taken into account in this deal, and neither was the opinion of the Palestinians.

A: It is against international law, a crime against humanity, and forbidden by the Torah. It’s important for people to realize that the actions of the State of Israel are not being done in our name or in the name of Judaism. Every Palestinian who has been forcefully displaced by the Zionists’ actions deserves the full right of return.

Q: The so-called deal of the century worsens Palestinians’ rights status in the occupied lands. They have always complained of marginalization and being treated as second class citizens. How is that regarded by Judaism?

A: What happened in Palestine is tragic and pain to us all as Jews. The Muslim majority in Palestine embraced Jews for centuries, and they were our gracious hosts. According to Judaism we are required to be grateful for those who have been kind to us. Now that they are being deprived of their rights, we have a moral obligation to stand up for them. Religious Jews worldwide constantly come out in solidarity with the people of Palestine. It is truly disturbing when the Zionist movement misuses our religion to justify their criminal actions. The only way to truly bring about peace would be to end Zionism, end the occupation in it is entirety, allow the return of all refugees and restore the rights of the Palestinians in their ancestra