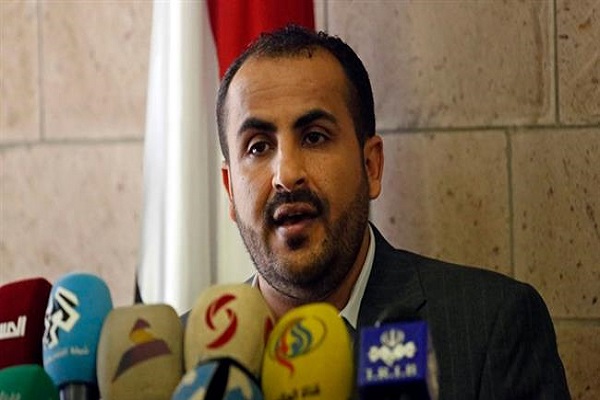 “The ceasefire announcement by Saudi Arabia is a ploy indeed as it is pressing ahead with raids on Yemen, and conducting operations on various fronts, including areas where there were no clashes at all,” Abdul-Salam said in an exclusive interview with the Qatar-based and Arabic-language al-Jazeera television news network on Thursday night.

He added, “The Saudi ceasefire is just a political and media maneuver. It pursues more than one goal. It seeks to undercut the ongoing serious negotiations with the United Nations and burnish the blood-stained image of Saudi Arabia in this critical moment when the world is facing the coronavirus pandemic.”

Abdul-Salam underlined that the sensible decision for the Saudi-led coalition would be to stop the military aggression on Yemen, and lift the crippling blockade.

The Ansarullah spokesman went on to say that Saudi Arabia’s announcement of a two-week ceasefire in Yemen is inconsistent with the plans being followed by world countries to fight the coronavirus outbreak since the period will not provide the Yemenis with the opportunity to take proper measure to avoid COVID-19 epidemic.

“Yemenis are dying of blockade and epidemics… There can be no humanitarian truce as long as the (Saudi-led) siege continues,” Abdul-Salam pointed out.

Earlier on Thursday, the spokesman for Yemeni Armed Forces, Brigadier General Yahya Saree dismissed the Saudi-led alliance’s claim that it had suspended hostilities in Yemen.

Saree wrote in a post published on his official Twitter page that the Saudi-led forces had stepped up their offensives and attacks across various parts of the impoverished Arab country over the past few hours.

“Saudi and Emirati forces have carried out at least five large-scale airstrikes on Yemeni areas near the kingdom's southwestern border region of Najran since the early hours of this morning,” he said, Press TV reported.

On Wednesday, Mohammed al-Bukhaiti, a senior member of the political bureau of the Ansarullah movement, told the Lebanon-based and Arabic-language al-Mayadeen television news network that the coalition’s move to announce a ceasefire was just another ploy by the aggressors.

“Saudis have repeatedly declared ceasefire in Yemen, but have violated it every time,” he noted.

Bukhaiti said Riyadh is using the outbreak of COVID-19 as an opportunity for ceasefire and a face-saving exit from the Yemen war.

However, he added, with the siege of Yemen in place, the war will not end.

“If any ceasefire does not include the removal of the siege on Yemen, that would be the continuation of the Saudi war,” he noted.

Saudi Arabia and a number of its regional allies launched the devastating war on Yemen in March 2015 in order to bring the country’s former president Abd Rabbuh Mansur Hadi back to power and crush Ansarullah.

The US-based Armed Conflict Location and Event Data Project (ACLED), a nonprofit conflict-research organization, estimates that the war has claimed more than 100,000 lives over the past five years.

Riyadh and its allies have been widely criticized for the high civilian death toll resulted from their bombing campaign in Yemen.

The UN says over 24 million Yemenis are in dire need of humanitarian aid, including 10 million suffering from extreme levels of hunger.