TEHRAN(Basirat):Afghan nationals residing near the capital, Tehran, are producing over 1,000 hospital gowns per day. 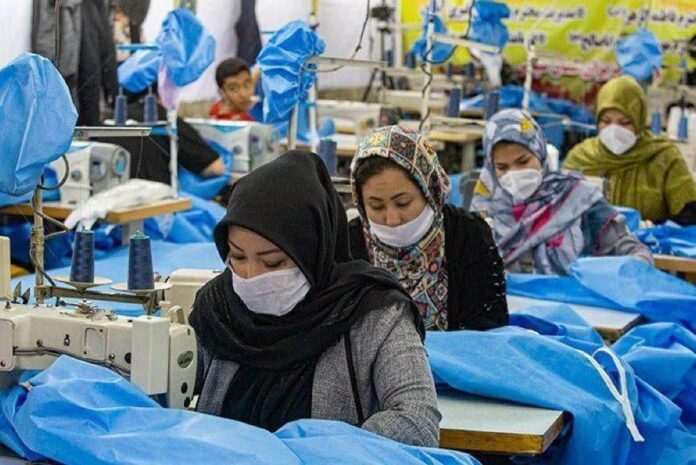 An authority in charge of a local religious congregation centre, said afghans living in the town of Ray produce more than 1,000 gowns as well as hygienic headwear and footwear.

“Given the coronavirus outbreak in the country, Afghan nationals are producing gowns and caps to support the nation’s medical personnel and hospitals,” he added.

The official, himself an Afghan national, said only through cooperation can the country get through the COVID-19 crisis.

He also expressed his gratitude to President Hassan Rouhani, who announced that Afghan immigrants in Iran would be treated free of charge.