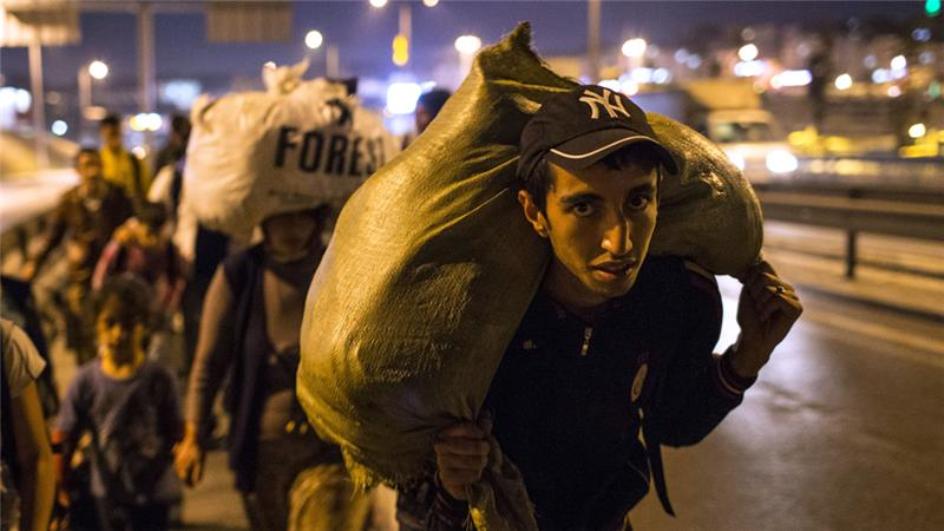 Amid a security crackdown after the failed putsch, refugees from Syria now face multiple new challenges.

Fadi, 20, only expected to stay in Turkey for a year before returning to his native Syria.

Now, four years later, he finds himself all but trapped in a nation whipped into chaos in the aftermath of a failed military coup, with few prospects for his future.

Like other refugees quoted in this story, Fadi asked that his real name not be used to protect relatives still living in Syria.

Tall and skinny with gentle brown eyes, he left Damascus when he was 17 to avoid military conscription. "I didn't want to go into the military and kill people. I didn't have another choice," he said.

He arrived in Istanbul alone with about $500. Like many other refugees here, he bounced between exploitative employers that demand long hours for little pay, and overcrowded apartments, at one point sleeping on the floor of a one-bedroom flat shared by 14 people.

Now he works 12-15 hours, seven days a week as a manager of a kebab shop in central Istanbul - a job he describes as "comfortable". He lives in a decent flat shared with four others and speaks Turkish fluently, with a rapid-fire staccato accent that betrays a foreign mother tongue.

But without a work permit, or even the "temporary protection" papers granted to Syrians here - he said Turkish police refused to provide these to him - his position in the country is tenuous.

The recent failed coup has only further complicated life for refugees here. Turkey's military and civil society structures are suffering President Recep Tayyip Erdogan's crackdown - at least 60,000 state employees have been detained, suspended or dismissed since July 15 - political divisions are hardening, and a new wave of nationalist, anti-refugee sentiment has been released among some groups.

With no end to Syria's brutal civil war and sight and borders tightening across Europe, Syrian refugees in Turkey have little choice but to go along with the ride.

There are about 2.7 million Syrian refugees within Turkey's borders, more than any other country and nearly three times the number of asylum applications filed by Syrians in Europe over the past five years. About 90 percent of Syrians here try to eke out a living outside official camps, and 1.9 million, or 70 percent, are under 30, including nearly one million 14 or younger. Many children are not in school, instead working across the country.

In early July, Erdogan announced plans to grant citizenship to skilled Syrians, a move some speculate is a ploy to increase his voting base and that was met with some anger, with reports of isolated attacks by Turks and some shops refusing to serve Syrians.

It remains unclear how the embattled country - which is also dealing with declining GDP, multiple attacks, and a war against Kurdish fighters in the southeast - will be able to accommodate nearly three million refugees, the vast majority of whom are young adults and children seeking jobs and education.

For Fadi, like many others, the outbreak of civil war in Syria upended a nascent adulthood, instead thrusting him into a refugee's world of uncertainty and anxiety.

"When I start[ed] to build my future, the war started and everything is gone," he answered. "Until now, I don't know what I'm going to do. I'm lost. What will happen in the future, what will happen to us?"

He said he hopes to attend university and work as a pilot, but his work schedule and low salary prevent him from taking classes or saving money.

Eventually, he wants to move to another country, "any place where I can have a normal life. [With] normal work, normal vacation". While he is sceptical that Erdogan's citizenship announcement will come to fruition, he said he would still apply. "Do I have another choice?" he asked.

Others such as Ahmad, 26, are more eager to leave. He fled Latakia, Syria for Turkey a year ago and has tried unsuccessfully to get a work visa here. His application for a study visa to the Czech Republic, where he has friends, was recently rejected, but he plans to try again in a few months. He hopes to continue his degree in geology, which he put on hold in Syria to get a job, and work into the construction industry. For now, he is a waiter in a dessert shop, earning about US$415 a month.

"I would like to be in any other place in the world, but not Turkey. There is no future here," he said.

Syrians have ostensibly been given work privileges but many here say the arrangement is untenable because of identification requirements and restrictions on employers. As of July, only 5,500 have been granted a work permit in 2016, which amounts to 0.2 percent of the Syrian refugee population here.

"In real life, they haven't given us anything," Fadi said of Turkish provisions on offer. "They accept us, so when they accept us they have to give us some things to live."

Tala and Taem, both 29 and from Damascus, briefly lived in Lebanon and then Jordan before coming to Istanbul nearly a year ago. The couple had intended to continue on to Hungary via smuggling routes to join Tala's family there. But three days after arriving in Istanbul, Taem, a graphic designer, landed a job working remotely for an American web design firm and they decided to stay.

"We decided not to [go to Europe] and do the refugee thing … because we had the power to work and stand up. Why would we go and take the government's money?"

Today, they find themselves lost in a country under state-of-emergency rule, undergoing one of its most profound periods of change in decades.

Prior to the coup attempt, they had grown to like their adopted city in many ways and felt safe. "There is no war [here], that is the most important thing," said Tala. "We thank God for everything we have."

Having few options, they still plan to stay here. But Tala says she and her husband are now afraid of being targeted based on their nationality.

"I'm not speaking a word of Arabic," Tala said in a text message a few days after the failed coup. She said they heard the gunfire from nearby Ataturk airport and planes overhead on the night of the coup attempt, crouching for hours on the floor of their apartment in terror.

"It was a nightmare because we didn't know what it was," she wrote. "After that day I swear something broke inside us… As for feeling safe, I don't feel it any more."

Tala spends most of her days trying to learn Turkish through books and TV series. She studied chemistry at a university in Syria, but was unable to finish her degree.

Now she is focused on finding a job in Istanbul. "I want to learn the language and I want to start working," she said. She hopes to find work as an office administrator at an IT company.

While they are self-sufficient, they remain frustrated by their impermanent status and isolation, which they say stems from everyday discrimination against Syrians.

"This is what I hope people understand: Some people, like us, were educated, were cultured … but now they have nothing. But it doesn't mean that they are not human beings," said Tala.