TEHRAN (Basirat)- The Syrian military was foundering last year, with thousands of rebel fighters pushing into areas of the country long considered to be government strongholds. The rebel offensive was aided by powerful tank-destroying missiles supplied by the Central Intelligence Agency and Saudi Arabia. 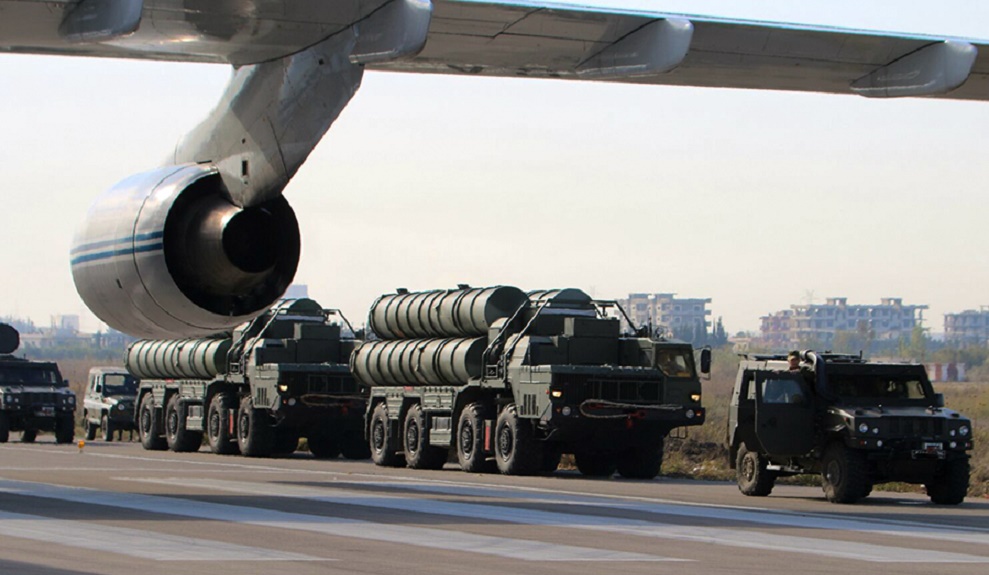 The Syrian military was foundering last year, with thousands of rebel fighters pushing into areas of the country long considered to be government strongholds. The rebel offensive was aided by powerful tank-destroying missiles supplied by the Central Intelligence Agency and Saudi Arabia.

Intelligence assessments circulated in Washington that the Syrian president, Bashar al-Assad, was losing his grip on power.

But then the Russians arrived, bludgeoning C.I.A.-backed rebel forces with an air campaign that has sent them into retreat. And now rebel commanders, clinging to besieged neighborhoods in the divided city of Aleppo, say their shipments of C.I.A.-provided antitank missiles are drying up.

For the first time since Afghanistan in the 1980s, the Russian military for the past year has been in direct combat with rebel forces trained and supplied by the C.I.A. The American-supplied Afghan fighters prevailed during that Cold War conflict. But this time the outcome — thus far — has been different.

"Russia has won the proxy war, at least for now,” said Michael Kofman, a fellow at the Woodrow Wilson Center in Washington.

Russia’s battlefield successes in Syria have given Moscow, isolated by the West after its annexation of Crimea and other incursions into Ukraine, new leverage in decisions about the future of the Middle East.

The Obama administration is now talking with President Vladimir V. Putin’s government about a plan to share intelligence and coordinate airstrikes against the Islamic State and other militant groups in Syria, and Mr. Putin has thus far met his goals in Syria without becoming caught in a quagmire that some — including President Obama — had predicted he would.

But even Mr. Obama has expressed wariness about an enduring deal with Moscow. "I’m not confident that we can trust the Russians or Vladimir Putin,” Mr. Obama said at a news conference on Thursday. "Whenever you are trying to broker any kind of deal with an individual like that or a country like that, you have got to go in there with some skepticism.”

At the same time, some military experts point out that Mr. Putin has saddled Russia with the burden of propping up a Syrian military that has had difficulty vanquishing the rebels on its own.

The Russian campaign began in September, after a monthslong offensive by C.I.A.-backed rebel groups won new territory in Idlib, Hama and Latakia Provinces in northern Syria. One problem for Washington: Those groups sometimes fought alongside soldiers of the Nusra Front, which until recently was officially affiliated with Al Qaeda.

The offensive took Syrian troops by surprise, prompting concerns in Moscow and Damascus that Mr. Assad’s government, long supported by the Russians, might be in trouble.

Some of the rebel groups boasted at the time that powerful TOW antitank missiles provided by American and Saudi intelligence operatives were a key to their success. For several years, the C.I.A. has joined with the spy services of several Arab nations to arm and train the rebels at bases in Jordan and Qatar, with the Saudis bankrolling much of the operation.

A C.I.A. spokesman declined to comment about any American assistance to Syrian rebels.

But Lt. Col. Fares al-Bayyoush, a former aviation engineer who heads the rebel group Fursan al-Haq, said during an interview in May 2015 that his group would receive new shipments of the antitank weapons as soon as the missiles were used.

"We ask for ammunition and missiles, and we get more than we ask for,” he said.

Yet the advance also created problems for the fractious assortment of rebel groups, as it allowed the Nusra Front to gain control over more areas of northern Syria. The Obama administration has officially forbidden any Nusra fighters to receive weapons or training. But the group has at times shown greater prowess against the Syrian government forces than the C.I.A.’s proxies.

Moreover, they have shown that they can and will destroy or sideline C.I.A.-backed rebels who do not agree to battlefield alliances. Moscow cited the battlefield successes of the Nusra Front to justify its military incursion into Syria as a campaign to fight terrorism — even if its primary goal was to shore up Mr. Assad’s military against all insurgent groups, including the C.I.A.-backed rebels.

The Russians began a rapid military buildup in September, and launched an air campaign that targeted the Syrian rebel groups that posed the most direct threat to Mr. Assad’s government, including some of the C.I.A.-trained groups. By mid-October, Russia had escalated its airstrikes to nearly 90 on some days.

About 600 Russian marines landed in Syria with the mission of protecting the main air base in Latakia; that ground force has grown to about 4,000 throughout Syria, including several hundred special forces members.

It took some time for the Russian intervention to have a significant impact on the Syrian battlefield, prompting Mr. Obama to predict that Moscow might become bogged down in its own Middle East conflict.

"An attempt by Russia and Iran to prop up Assad and try to pacify the population is just going to get them stuck in a quagmire, and it won’t work,” Mr. Obama said at a news conference in October. "And they will be there for a while if they don’t take a different course.”

The C.I.A. moved to counter the Russian intervention, funneling several hundred additional TOW missiles to its proxies. One rebel commander, who spoke on the condition of anonymity because of threats from more radical groups within the rebel coalition, said in October that his group could at that time get as many missiles as it wanted.

"It’s like a carte blanche,” he said. "Just fill in the numbers.”

But Russian firepower eventually overwhelmed the rebel groups in the north. By early this year, attacks by Russian long-range bombers, fighter jets, attack helicopters and cruise missiles allowed the Syrian Army to reverse many of the rebel gains — and seize areas near the Turkish border that many thought the government could never reclaim.

The flow of C.I.A. arms continued, but the weapons proved too little in the face of the Russian offensive.

Jeffrey White, a former Defense Intelligence Agency officer who now studies Syria at the Washington Institute for Near East Policy, said the Russians had built a capable intelligence network in Syria, giving them a better understanding of the terrain and location of rebel forces. That has allowed Russian troops to call in precision airstrikes, making them more effective against the rebels.

The mismatch has been most acute in the last several months, with Syrian government forces, with Russian help, laying siege to the rebel-held parts of Aleppo. Losing their foothold in Aleppo, once Syria’s largest city, would be a big blow to the rebels.

Rebel groups in recent days have made surprising gains in a new offensive to try to break through Syrian military lines encircling Aleppo, but if it fails, rebels inside the city will face a choice between enduring the siege or surrendering.

In recent interviews, rebel commanders said the flow of foreign weapons needed to break the siege had slowed.

"We are using most of our weapons in the battle for Aleppo,” said Mustafa al-Hussein, a member of Suqour al-Jabal, one of the C.I.A.-backed groups. He said the flow of weapons to the group had diminished in the past three to four months.

"Now we fire them only when it is necessary and urgent,” he said.

Another commander, Maj. Mousa al-Khalad of Division 13, a C.I.A.-backed rebel group operating in Idlib and Aleppo, said his group had received no missiles for two weeks.

"We filed a request to get TOW missiles for the Aleppo front,” he said, but the reply was that there were none in the warehouses.

Rebel leaders and military experts say that perhaps the most pressing danger is that supply routes from Turkey, which are essential to the C.I.A.-backed rebels, could be severed.

"The U.S. is doing just enough to placate its allies and partners and says it is doing something, but does not seek to do what it takes to change conditions on the battlefield,” said Emile Hokayem, a Middle East analyst at the International Institute for Strategic Studies and an Assad critic.

Mr. Putin has achieved many of his larger goals — to prop up Mr. Assad’s government, retain access to the longtime Russian naval base on the Mediterranean Sea and use Syria as a proving ground for the most advanced Russian military technology.

Some military experts remain surprised that Mr. Putin took the risky step of fighting American-trained and equipped forces head on, but they also assess that his Syria gamble appears to be paying off.

It is the type of Cold War-era battle that Mr. Obama, in October, insisted he did not want to enter.

"We’re not going to make Syria into a proxy war between the United States and Russia,” he said. "This is not some superpower chessboard contest.”