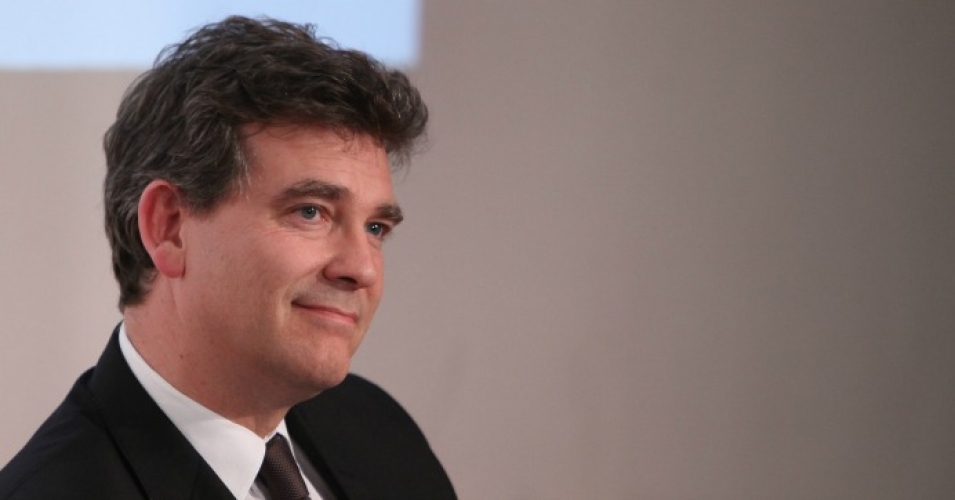 The French election will take place in May 2017. Hollande, whom Jacobin notes has "force[d] his way though political institutions and democracy in order to implement his unpopular policies," has not yet said whether he will run for re-election. In 2016, he faced a popular uprising under the banner "Nuit Debout," a pro-democracy movement that grew out of protests against his anti-labor and authoritarian security policies.

On Sunday, Montebourg urged Hollande not to run, calling his record "indefensible" and charging him with betraying the "ideals of the left."

According to Reuters, the candidate "said his project would include measures to end austerity while raising expenditure, reverse tax increases of the last five years, fight globalization and restructure the European Union which had 'practically become a failed company'."

"I shouldn't be here proposing an alternative because that's what we promised four years ago," Montebourg said at a rally in Burgundy.

"But four years later we are left with a feeling of waste," he continued. "Like the majority of French it is impossible to support the current president. I am candidate for the presidency."

The Associated Press reports that, "[a]s minister, he introduced a measure to broaden the government's authority to intervene when foreign companies want to buy firms the state considers vital, including in the sectors of transport, health and communications."

Montebourg was ousted two years ago "amid open disagreements with his bosses over their shift to supply-side economic policies," Politico Europe wrote earlier this year, pointing out that this dust-up "bolsters his credentials as an outsider."

Notably, Reuters reports, Montebourg, "who came third in the 2012 primary winning some 17 percent of the vote, did not say whether he would take part in the [Socialist] party's primaries or run as an independent left-wing candidate."