King Salman has revealed his blind obedience to his English commanders

Al-Saud’s betrayal has been not revealed so far in the subject of Palestine, essentially due to their influence over the media. 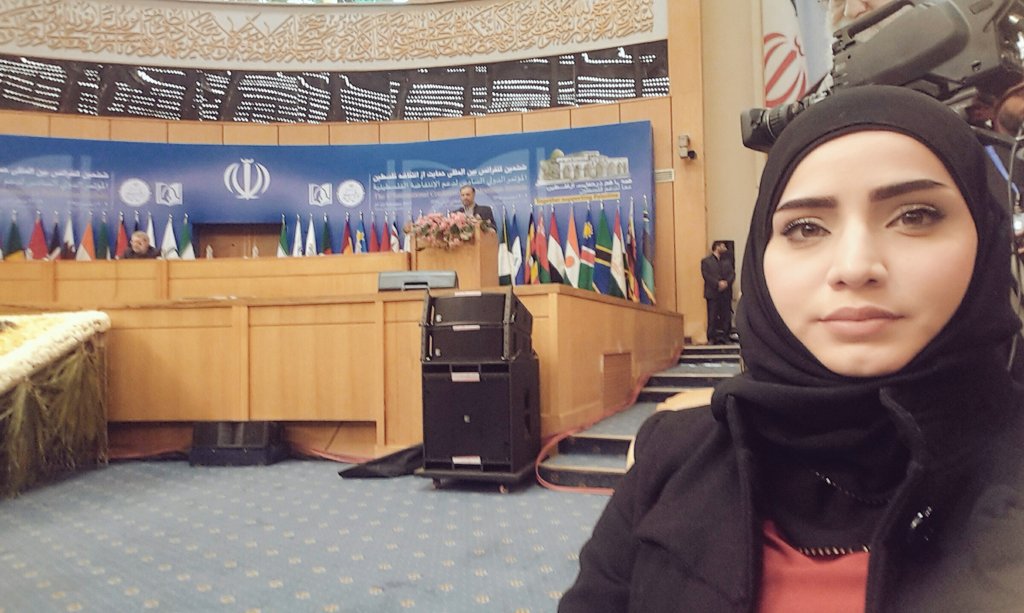 An international conference on Palestinian Intifada got underway in Tehran on Tuesday with representatives from more than 50 countries in attendance.
The conference is attended by Leader of the Islamic Revolution Ayatollah Seyed Ali Khamenei. Senior Iranian officials, including President Hassan Rouhani and Parliament Speaker Ali Larijani are also among the figures attending the opening of the conference.
In recent years, the concept of resistance has attracted a great deal of attention across the Muslim world.
It refers mainly to the courage and fortitude shown by the people of Palestine, who have withstood Israel’s crimes for years
Basirat Center for Political Studies has interviewed with Ms. Marwa Osman, University Lecturer at the Lebanese International University and Maaref University and she answered the following question.
Q: How do you analyze the rule of Iran government and the people of Iran in support of Palestine? Regarding to this issue, some people who try to undervalue these aids and consider them as political acts. What is your idea?

Iran government has provided support for the people of Palestine since 1979 till this date. Iran has helped Palestine to keep the resistance on its feet, steadfast in its fight against the Israeli terrorism. 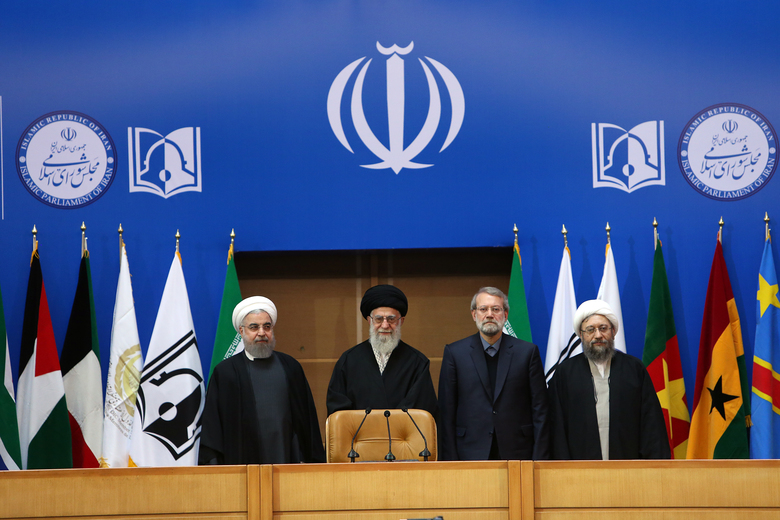 These aids have included humanitarian, resistance and political support. But what is the actual harm in political aid. Isn’t it the west and the US in specific the main backer, funder and affiliate both militarily and politically for the Zionist entity?
When western imperial states blatantly stand with Israel and support its genocide against the people of Palestine, isn’t it then the right of every free human on this planet to stand with the oppressed and fight the oppressor?
It was not only the moral duty for the Iranian government to support Palestine both in political and humanitarian ways but also it is religious duty and Islamic republic of Iran have proved it. Arab heads of states have not only betrayed to Palestine and its people but also have colluded with the Zionist entity against the interest and freedom of Palestinians.

Saudi Arabia has never supported Palestine. If we go back in history we can simply find out that if there was not been correspondence between Hussien (Emir of Mecca) and Mcmahon, the British high commissioner in Egypt, the terms of the Sykes-Picot Agreement would have not been made possible and Britain’s Balfour Declaration of 1917 would have not seen the light of day.
Followed by that was Al-Saud selling Palestine and there is a historical document about this. It was written by King AbdulAziz Al-Saud, founder of the Saudi regime and father of the current King Salman bin Abdul Aziz. He revealed his agreement to hand over Palestine to the British Empire and the Zionist Jews. King salman has revealed his blind obedience to his English commanders.

It was the worst story that have been kept secret by Al-Saud , Al-Saud’s betrayal has been not revealed so far in the subject of Palestine, essentially due to their influence over the media. From that moment, Britain and its Zionists allies and later US joined together to generate discord and strife in the Middle East via their agents. Al Saud became a key ally of them in the implementation of such a plan. So even their performance in allegedly supporting Palestine is fake.

Q: What is the difference between official support of government and people support around the world and how can we help Palestinian people?

The people are the source of power. If there was not been the power and struggle of the Iranian people for decades in the face of Shah Pahlavi, the 1979 revolution would not have happened and the government would have remained the same and no help would have been given to Palestine. The people are who make the effort of any government possible. But there is a legitimate question, what we can do as individuals and groups to support Palestine and fight against the aggression and terrorism of Israel? As individuals we can start by teaching our children the real history of Palestine and why we should never accept any peace deal with apartheid Israel. Then as advocates of resistance and freedom we should all be active in our way and according to our profession.

As groups, it is vital for us to always commemorate the ways and memorials of Palestine like when Ayatollah Imam Khomeini gave us AL Quds day on the last Friday of Ramadan for example.

We can also utilize social media, the new powerful tool that allows us to surpass all mainstream media’s fake news and lies and present to the world what Palestine goes through everyday due to apartheid Israel.
Sometimes one word can change a human, and this is what we aspire to do. To hold the Palestinian cause on our heads so that everyone sees their suffering and help push for an end for Zionism.

Q: Do you have a message for Iranian people in regard to supporting Palestinian people?

I hold a sincere thank you for the people of Tehran. It is true I am not Palestinian but I am from south Lebanon and we have suffered for decades under the Israeli occupation until our brave men liberated our land and gave us back our dignity in the face of the Zionist arrogance. It had been for the sacrifices and aids of the Iranian people. We would not have tasted the sweet victory in 2000 and then again in 2006 without support of Iranian nation.

Despite all the destruction, we still managed to fight like no one had ever fought before. Similarly, what the Iranian people have shown and still show in support of Palestine and Lebanon against Zionism deserves a bow of respect and honor to a nation that has itself been sanctioned and besieged for the past 38 years.

All the respect and love from the bottom of my heart to the courageous people of the Islamic Republic of Iran. Keep your head high as it has always been and no one will ever be able to defeat you.

Q: If you were an Iranian and were willing to support Palestine, what would you do?

I’d simply support my government and my supreme leader in their calls against genocide inflicting the people of Palestine due to western hegemony and Israeli terrorism.
I would also be ready to defend the holy lands in Palestine if my Imams call upon me to do so. That’s obviously being a personal choice and not an obligatory one since as I said before sometimes a word is more than enough. The people of Palestine only need our support and aid and they are fully capable of defending their country but when and if a fatwa is issued I would be ready to die for this cause.

Q: Some say that other countries’ affairs are none of our business and first we should resolve our problems and we don’t care if Syria and Palestine have any problem. What do you respond to them?

It is only fair to care for one’s internal problems that is the least of rights that every citizen deserves to see resolved.
However, we must put in mind that if our neighbor’s house catches fire we have to help putting it out or else our house will be next. This is why as a duty of the Muslim Ummah first and as a necessary precaution second we need to make sure that our neighboring states remain secure and at peace to make sure that terrorism will not hit us next. That is exactly what happened in Lebanon for example.
In 2011 the Syrian crisis broke out and less than a year later we started having terrorist attacks in our own capital in Beirut which is why the Lebanese resistance Hezbollah took the brave decision to get involved in the war against Syria by first securing our own border line from takfiri infiltration and the by sending fighters to help the SAA (Syrian government) to regain territories occupied by terrorists. The equation is simple; when we stand together nothing can come between us and nothing can harm any of our nations.