TEHRAN (Basirat): A leading Arab paper in Lebanon claimed that Syrian President Bashar al-Assad and Secretary-General of Hezbollah Seyed Hassan Nasrallah have made a new decision to effectively confront any West-led attack against Syria. 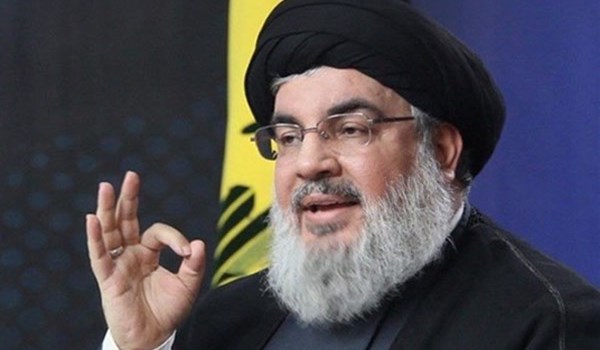 "The decision might entail military actions beyond assessments in such ways that it could rattle Tel Aviv or one of the Persian Gulf littoral states' capitals which hosts the joint operations room with the Israeli officers in Yemen war," the Arabic-language al-Thabat reported on Saturday.
It also quoted a western diplomat in Oman as saying that the Syrian defense system will likely this time target the fighter jets of the US and its allies, including Israel, in case of any new aggression against Syria.
"In case of attack on Syria and violating the resistance front's redlines, the decision made by Assad and Nasrallah will be put into force," al-Thabat claimed.
Russian Foreign Ministry Spokeswoman Maria Zakharova said on Thursday that the US Army may build up its grouping of forces in the Middle East over 24 hours for a missile strike against Syria.
"They [the United States] may build up missile capabilities for strikes on Syria just over 24 hours. Currently, the strike grouping of the United States, France and Great Britain comprises strategic and tactical aircraft at airbases in Jordan, Kuwait and Crete. It consists of about 70 carriers, around 380 airborne cruise missiles and also two US destroyers - USS Carney and USS Ross - each carrying 28 Tomahawks on board," the Russian diplomat stated.
The Russian Defense Ministry said Monday that the US may have plans to use a fake chemical attack in Syria to hit government forces with airstrikes, adding that Washington is already building up strike capability in the Middle East.
Source: FNA