TEHRAN (Basirat): The secretary general of Lebanon’s Hezbollah resistance movement said the policies of the United States and Saudi Arabia stoke tensions across the Middle East. 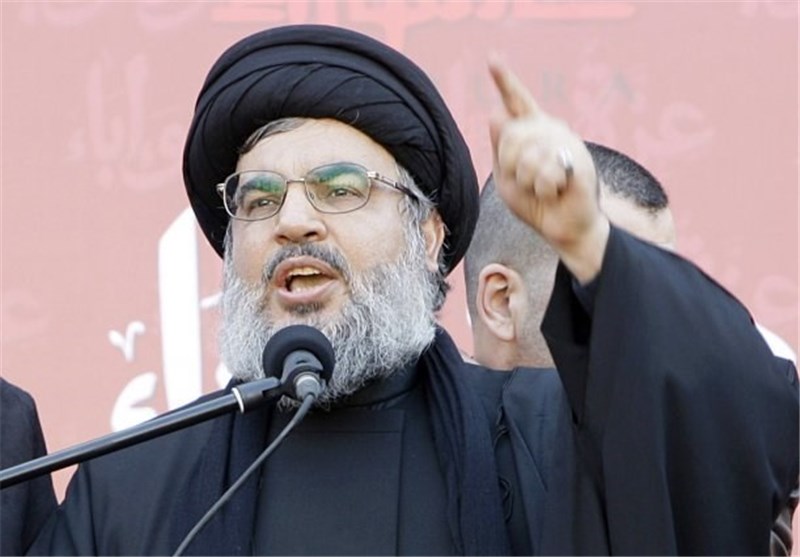 US, Saudi Policies Stoking Tensions in Middle East Addressing his supporters via a televised speech broadcast live from the Lebanese capital city of Beirut, Seyed Hassan Nasrullah said the crises gripping the region were the offspring of wrong policies made in Washington and Riyadh, press tv reported.

Pointing to the case of missing Saudi dissident Jamal Khashoggi who was apparently been murdered recently, Nasrullah said the disappearance of the journalist had brought new international fallout and scrutiny on the Saudi war on Yemen.

"I tell the Saudi rulers that now is the right time to take a bold stance and stop the war on Yemen... The international cover for their military campaign has started to crumble, especially after (Khashoggi's) incident. The kingdom's image in the world has never been worse throughout 100 years.”

Nasrullah said the alleged murder had put the White House and its closest ally Riyadh in a very difficult situation. "There is no doubt that the rulers of Saudi Arabia and America are in a difficult situation due to the case of Khashoggi's disappearance.”

It has become almost certain, the Hezbollah leader said, that Khashoggi was abducted, tortured, killed and dismembered with a saw inside the Saudi consulate in Turkish coastal city of Istanbul in early October.

The Khashoggi case has rightly generated international backlash against Saudi Arabia, the type of reaction that the deaths and starvation in Yemen were unfortunately unable to muster.

Day after day, increasingly gruesome details about the alleged murder are being leaked to the press and media. According to recent reports quoting Turkish officials, the journalist was tortured and cut into pieces with a bone saw while still alive, before a 15-man hit squad took his body away in a black car on October 2.

Since March 2015, thousands of civilians have been killed in the Saudi-led campaign airstrikes on Yemen and nearly 23 million people, about two thirds of the population, rely on humanitarian aid to survive.

According to several observers, the Saudi regime is responsible for the overwhelming majority of civilian deaths.

The Legal Center for Rights and Developments in Yemen says the Saudi-led aggression has left 15,185 civilians, including 3,527 children, dead.

Hospitals and schools are routinely bombed. Just this August, at least 42 children were killed inside a school bus in the north of the country.

The global charity Save the Children recently said at least 349 civilians had been killed from June to September solely in the city of Hudaydah. The charity describes the campaign as a "war on children."

Nevertheless, Washington and some of its allies only seek to continue selling American weapons to Riyadh. For that reason, the administration of US President Donald Trump is even willing to accept the Saudi narrative that Khashoggi was killed "by mistake" while he was being interrogated.

Nasrullah also strongly denounced the Israeli regime for escalating the situation in the besieged Gaza Strip, saying "Palestinians have no choice but to resist the Israeli aggression.”