TEHRAN (Basirat): Iranian Supreme Leader's top aide for international affairs Ali Akbar Velayati expressed pleasure in the deepening of ties between Iran and China, warning that Washington is the common enemy of the two countries. 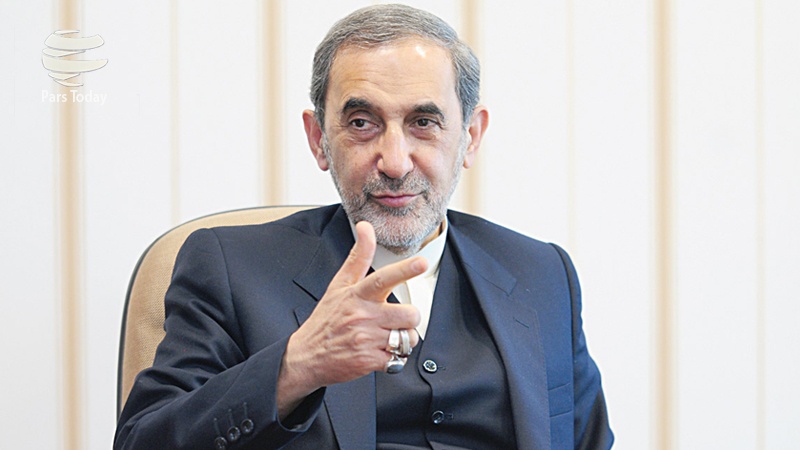 Leader's Top Aide Terms US as Iran, China's Common Enemy "Relations between Iran and China have expanded in the past few years and despite facing many enemies like the US and despite these hostilities, the two countries' ties have deepened and expanded day by day," Velayati said in a meeting with a Chinese academic delegation in Tehran on Saturday.

He underscored the age-old ties between Tehran and Beijing, expressing the hope that bilateral relations would broaden in different dimensions.

US President Donald Trump's administration has imposed unilateral sanctions against Iran and Russia and started an economic war against China.

Earlier this month, Russian Deputy Foreign Minister Sergei Ryabkov underlined that Moscow, Tehran and Beijing would increase their efforts to confront the re-imposition of sanctions by the US.

"Russia, Iran and China are doing their best to counter the US' unilateral sanctions and also Washington’s efforts to undermine the Joint Comprehensive Plan of Action (JCPOA)," Ryabkov said.

The Russian deputy foreign minister also strongly criticized the European companies for refusing to cooperate with Iran in the wake of the mounting pressure by the US.

"Most European firms have ignored a blocking statute re-enacted by the EU to protect them against punitive American measures for trading with Iran," Ryabkov added.

He reiterated that their withdrawal has undermined Europe’s wish to portray the nuclear deal with Iran as a flagship achievement of their foreign policy and a symbol of their growing strength.