TEHRAN (Basirat) – Ali Akbar Velayati, an international adviser to the Leader of the Islamic Revolution, highlighted the growing power of the Axis of Resistance and said the Resistance countries will have an upper hand in the balance of power in the Middle East. 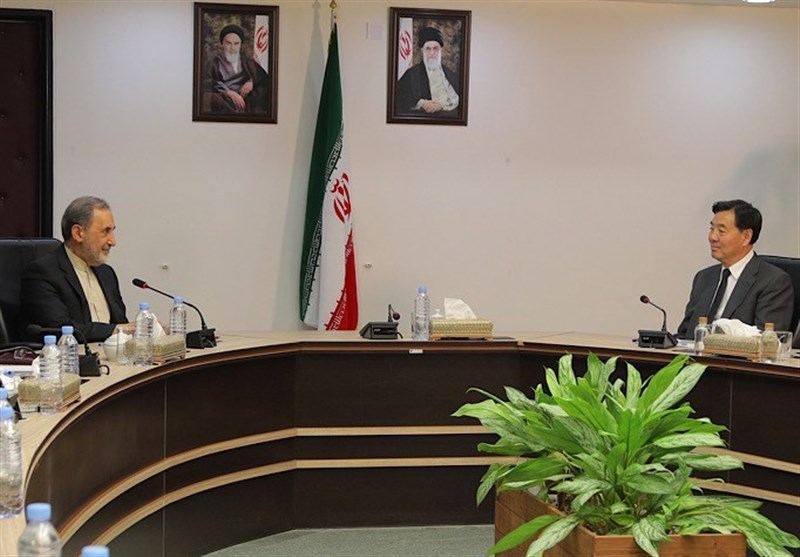 Speaking at a meeting with China’s special envoy for Middle East affairs, Zhai Jun, in Tehran on Tuesday evening, Velayati pointed to regional conflicts and said, “Syria has been under attacks by outsiders and foreign-backed terrorists for eight years, and from the beginning, Iran supported friendly and brotherly Syria.”
“The same has happened in Iraq, and if it hadn’t been for Iran’s assistance, Baghdad would have fallen into the hands of terrorists. And today, the major issue is Yemen, which has been targeted (by outsiders),” he added.
“I am confident that the future of the region is very bright and that Syria, Yemen, and Iraq will certainly emerge victorious,” the top official stated.
“Security will return to the region and Resistance countries will have the upper hand in the future balance of power (equations)…,” Velayati stated.
Zhai Jun, for his part, praised Iran’s positive cooperation in the region.
He also said Tehran-Beijing relations are very close, adding that there is a strategic partnership between the two nations.
The Middle East is very sensitive and security needs to be restored to the region, the Chinese diplomat stated.
In relevant remarks back in March 2018, Leader of the Islamic Revolution Ayatollah Seyed Ali Khamenei defended Iran’s influential role in the region, saying that the Islamic Republic has made an essential contribution in defeating Takfiri terrorists.
“The Islamic Republic could liberate the people from these Takfiris in an important part of this region, and these are great results not to be diminished,” Ayatollah Khamenei said at the time.
In recent years, the Middle East has been plagued with Takfiri terrorist groups like Daesh (also known as ISIS or ISIL), which are believed to have been created and supported by the West and some regional Arab countries.
The terrorist groups, which claim to be Islamic but whose actions are anything but, have been committing heinous crimes not only against non-Muslims, but mostly against Muslims in the region.
In November 2017, the self-proclaimed caliphate of Daesh collapsed after Syrian and Iraqi armed forces and their allies, including Iran, managed to recapture the terror group’s last strongholds in the two Arab countries.