TEHRAN(Basirat): A Democratic lawmaker at the US House of Representatives is reportedly planning to introduce a bill that bans Saudi Arabia from acquiring nuclear weapons in retaliation for the regime’s murder of dissident journalist Jamal Khashoggi. 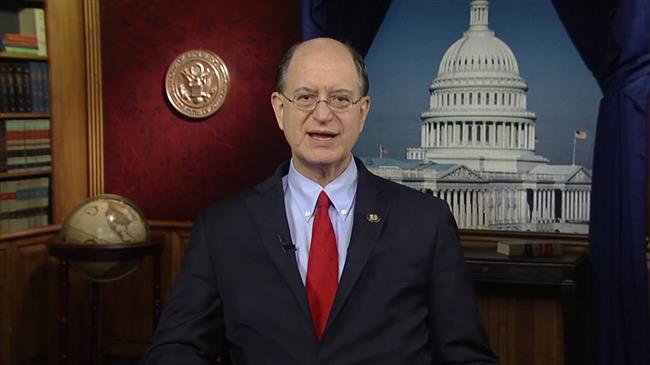 Representative Brad Sherman’s bill, nicknamed "No Nuclear Weapons for Saudi Arabia Act of 2018,” would prohibit Saudi Arabia’s construction of nuclear weapons from the material it buys from the US, Vox reported Friday.

The bill would also force Riyadh to implement strict regulations in order to ensure that classified material regarding US nuclear technology won’t fall into the wrong hands, the report added.

Riyadh is under immense international pressure to explain why Khashoggi was murdered inside the Saudi consulate in Turkey’s Istanbul in September.

The regime first denied that it had anything to do with the journalist’s disappearance but eventually admitted his murder and promised to punish the perpetrators.

While the regime has so far fired several officials in relations to the case, many find Riyadh’s explanation inadequate given its long history of killing anti-regime dissidents.

"I don’t think this bill would’ve passed prior to the events in Istanbul. Now I think we have a chance,” Sherman told Vox.

It is not yet clear when Sherman’s bill will come up for a vote in Congress but the report said it wasn’t going to come to the floor any sooner than January 3, when the new Democratic-controlled House of Representatives convenes.

Khashoggi’s slaying has destroyed the image of Saudi Crown Prince Mohammed bin Salman (MBS), who is believed to have a key role in the assassination.

Although the kingdom insists that bin Salman had nothing to do with the murder, many observers believe he personally ordered the hit job.

MBS said in March that the kingdom would go after nuclear weapons if Iran acquires them.

"Saudi Arabia does not want to acquire any nuclear bomb, but without a doubt, if Iran developed a nuclear bomb, we will follow suit as soon as possible,” he told CBS back then.

"The ongoing revelations about the murder of Saudi journalist Jamal Khashoggi, as well as certain Saudi actions related to Yemen and Lebanon, have raised further serious concerns about the transparency, accountability and judgment of current decision-makers in Saudi Arabia,” read the letter, sent on November 1.

US to stop refueling Saudi aircraft over Yemen War

It was also revealed Friday that the US was planning to end aerial refueling of Saudi aircraft conducting airstrikes against Yemen, two US officials told CNN.

Riyadh, which is leading a so-called coalition of its regional allies in a years-long war against the people of Yemen, confirmed the decision in a statement Friday.

Besides refueling aircraft, the US military has been providing Saudi-led forces with target information and other intelligence over the course of the war, which has killed thousands of Yemeni civilians and destroyed the poor country’s infrastructure.