The Signs of Declining in the Power of US

Tehran (Basirat): Political analyst DR Yadollah Javani has, in an article published by Basirat news website, asserted "Power is a consequent of a set of material and spiritual components. In current and academic literature, the political science and international relation experts divide power into hard and soft power. Now the United States government both in hard power and soft power have been eroded and incapable." 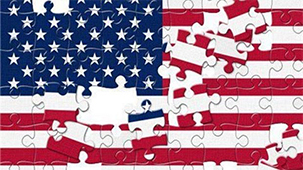 "I think that the one thing we should have learned from Iraq and Afghanistan is that the US doesn't have power and wisdom to create democracy in a Middle Eastern countries or even settle crisis in Syria. What we can do is to prevent damaging people that are important for us and we care about ourselves. We are not in a position to dictate outcomes.”
The significant upside paragraph of this writing belongs to someone which nearly 3 decades ago posed the theory of "the End of History "and due to this theory get world renown. Francis Fukuyama is a Japanese researcher, historian and an American citizen. He has work-experience in US Department of Homeland Security as well as a military analyst in Rand institute pertained to Pentagon. He was renowned for writing an article entitled "The End of History and the Last Man” and a book with the same title and more detail published in 1991. At the couple writings Fukuyama explicitly advocated the western values and ratiocinated that the global consensus in favor of liberal democracy has been emerged.
According to this theory, the US government claiming to have a Western liberal flag, willing to rule the American values in the world. Using this theory, The Americans considered the leadership of the world and holding the international management in the twenty first century as their right. but during the last three decades after that time, the weakness of Fukuyama’s theory has led to that this semi-political and semi-philosophical characteristic historian researcher withdraw from his theory due to revealing the intrinsic difficulties of liberal democracy from one hand and inabilities and antonym behaviors of the united states on the other hand. Currently he is talking about antedating decay of the United States: "In my book, Political Order and Political Decay I talk about the fact the biggest example of decay is the United States. All political systems are subject to decay, either through Fanaticism (intellectual rigidity), or insiders use privilege to capture political power”
Yes, the recent year procedures not aligned with developing US hegemony but aligned with declining the values and down-falling the US authority. In the past 40 years if considering the most important global conflict struggle between Iran and US, then a very beautiful prospect for the world future and for the west area region as well as Iranian nation will be visible. Based on these searchable trends, declining and down-falling the United states is definite and rising the emerging power in the world such as Islamic Republic of Iran that carrying flag with divine values aligned with human nature is a reality. On November 3, 2018 and on the threshold of 13th of Aban [Nov.4 marking the National Day of Fighting against Global Arrogant Powers] the Supreme Leader of the Islamic Revolution Imam Khamenei in a meeting with a number of University and High School students pointed out: "At a broader level, when we look at the condition of the US, we see that America’s power, might, and awe is declining in the world. It has been declining over the years”

When discussing historically about emergence and decline of states, isms, governments and civilizations, the main parameter is "power”. The power, as it is commonly used in political science and International Relations, means the ability to influence, impose the willing, force the demands on the opposite side or the other sides. Power is a consequent of a set of material and spiritual components. In current and academic literature, the political science and international relation experts divide power into hard and soft power. Now the United states government both in hard power and soft power eroded and incapable. Lots of Indicators and signs for declining the United States power both in soft and hard arena can be studied, including
A: Soft power
Imam khamenei in the  cited meeting about the lately subject asserted: "Many credible politicians and social scientists of the world believe that America’s soft-power is declining and disappearing.” What is soft-power? Soft-power means the capability of a government to make others accept and believe its demands, opinions, and beliefs. This soft-power of the US is completely waning and declining, and this is happening in different areas. The signs of such declining as follow:
1. The domestic situation in the United States is a sign of disgracing of the liberal democracy and political system of capitalism. Social gaps, lack of social justice, racial discrimination, the destruction of the family foundation and inclusive moral corruption shows that the United States not only has no valuable and inspiring message for others but also Internally, it is collapsing socially and morally.
2. A scores of nations in the world especially in Islamic world hate the US. The Hatred is maximized in countries such as Iraq, Syria, Afghanistan, Pakistan, Lebanon, Occupied territories, Bahrain and Yemen. A great many of nations in South America and Africa have the same hatred toward the United States government.
3. A multitude of governments have been protesting and opposing against the United States behavior.
4. The United States performed military operations and established terrorist groups in recent 17 years for developing its goals because of losing its soft power and influence.
5. The US economic and commercial war to Europe, Russia, china and some other countries show the decay of soft power the United States for bringing others together.
B. Hard power
Imam khamenei about the hard power asserted: "America’s hard power has been severely damaged too. Hard power means military and economic power: these are the constituents of hard power. Sure, they have military weapons, but the human and military resources of the US are extremely despondent, confused, agitated, and hesitant. That is why they have turned to criminal companies like Blackwater to advance their military purposes. In other words, American soldiers are not able to implement America’s plans”
The signs of "declining” are:
1-Debt of nearly 20 trillion $ of US government with high budget deficits
2-Poverty, unemployment and bankruptcy of parts of the US industry
3- Negative balance in foreign business
4-The emergence of superior economic powers like China
5-The wear and tear of military equipment and depression
6-Serious Military defeats in Afghanistan, Iraq and Syria
7-Inability to advance objectives by forcing military and economic power throughout the world, especially the West Asia
The following statement of PRES Trump confirms all these signs: "yet we've spent 7 trillion in the Middle East and we've got nothing for it. Nothing, less than nothing, as far as I'm concerned. That's over an 18-year period”
Of course the decline of United States government and the collapse of its power are real and the other fact is that the Iranian people through Islamic revolution have a main role in ending up the hell power of the great devil.
Source: Basirat Persian Website