TEHRAN(Basirat): The Israeli-Palestinian conflict last week has had a huge impact on the Zionist regime’s security and in its politics and media. Most of the Hebrew media, in their analysis, has noted that Israel’s deterrence may have been damaged, for one thing. 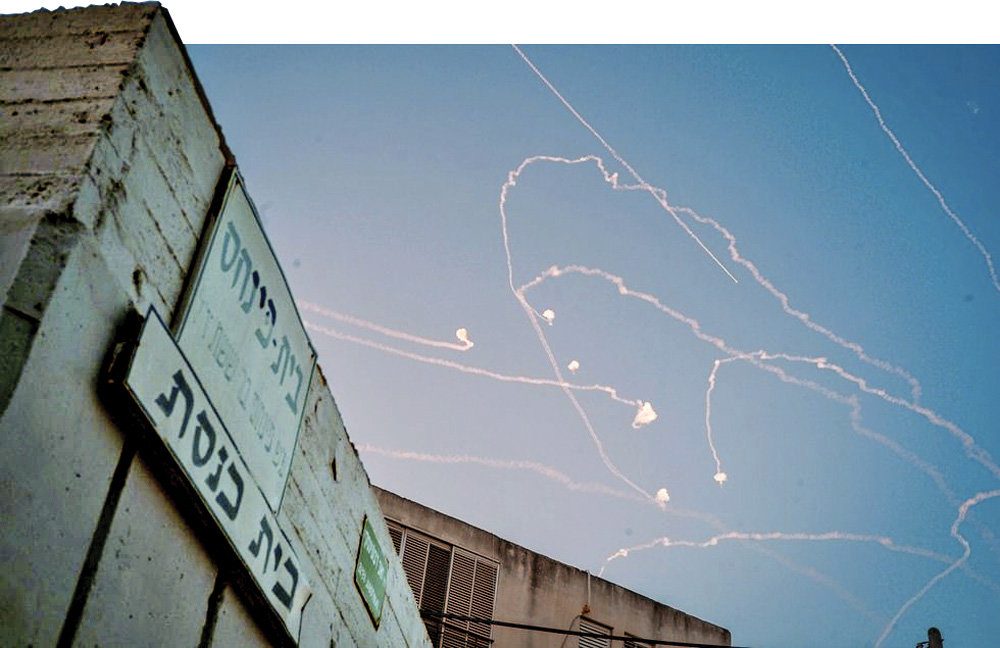 The damage began when the Zionists sent in a Special Forces team which botched its planned operations in Khan Yunis, in the south of Gaza. A brief conflict ensued with Palestinian resistance fighters and this led to hundreds of home-made missiles being launched into Israel. The so-called "Iron Dome” proved to be porous.

Zvi Fogel, a former head of the IDF Southern Command told Maariv: "The security situation in which Israel is insulting, and not seen since the October 1973 war. It seems that politicians do not pay attention to the future of Israel and are engaged in political games. And even Benjamin Netanyahu gives us the story of an unacceptable illusion.”

"After the recent clash with Hamas, we removed David's star and the blue color from the Israeli flag, leaving only white in the sign of surrender. We have completely lost the deterrent power and Hamas has succeeded in achieving deterrence against Israel. We are in a state of ineffective security that we have not witnessed since 1973,” he added, and also said that Israel had become relatively powerless and without an operational agenda. He suggested that Israel should target Hamas leaders, houses, cars, and their families, and put them in deep fear and force them to live underground.

Referring to this latest Middle East development, he said that the Middle East sees new and stronger enemies like Hezbollah in the north and Hamas in southern Israel. Israel fought against three Arab countries in the war of June 1967 and defeated all, but today, he said, Israel cannot apparently end the battle with Hamas.

Zionist TV network 2 also reported that the regime suffered a painful lesson from the failure of the Special Forces at Khan Yunis.

Yoav Limor, a military expert and security analyst for the Israeli newspaper Al-Youm, said: "We spent developments began with a cease-fire in Gaza, and then the strategic mistake of sophisticated security operations continued to make matters worse. And then the exchange of allegations led to a dangerous military tension that ultimately led to the resignation of the Israeli Defense minister Avigor Leiberman, and possibly the announcement of a new Israeli election.”

He added: "The winner was Hamas in last week's developments. Hamas inflicted more damage than it received with its heavy rocket attacks around Gaza.”

The failed Israeli operation allowed Hamas to launch nearly 500 missile attacks on Israel. It even knocked out an Israeli bus with a missile. The Resistance succeeded in turning the blockade into a crisis for the Israelis.

Analysis by the Zionists, especially the regime's troops, showed dismay at the apparent relative helplessness of the Tel Aviv authorities. Now, given the failed operation, there are political consequences for Netanyahu ahead similar to those which befell Ehud Olmert failures in Lebanon years ago, and Hamas is not nearly as powerful as Hezbollah.