TEHRAN (Basirat) – A political analyst and author based in London highlighted reasons behind the West’s recent pressures on Riyadh to end the protracted war on Yemen, saying the Western community cannot support further bloodshed in the Arabian Peninsula country. 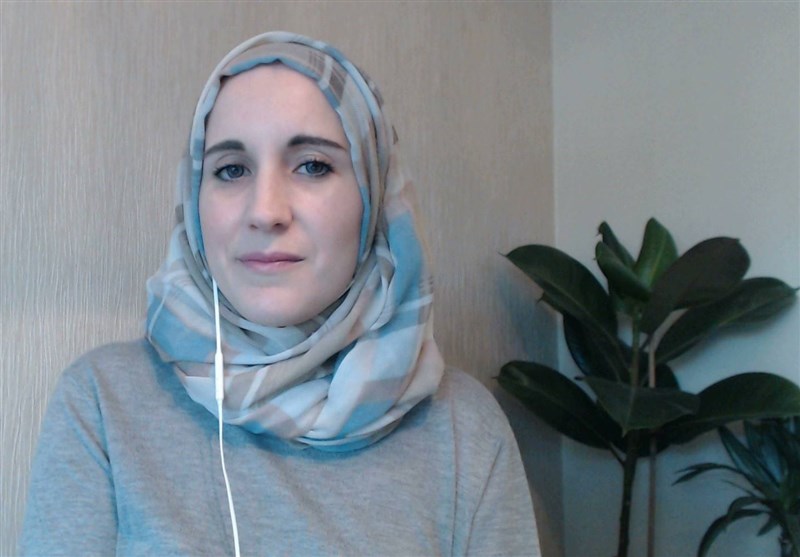 "The Western community is reaching a point where it no longer wishes to entertain Saudi Arabia’s violence in Yemen and so the pressure has been exerted against the kingdom,” Director of Programs at Shafaqna Institute for Middle Eastern Studies Catherine Shakdam said in an interview with the Tasnim News Agency.

"This is not to say that the Western community feels in any way, shape, or form different vis-a-vis Yemen - only that it cannot support further bloodshed,” she said, adding, "More importantly, there is a real fear that further violence will generate a fall of dominoes in the region that no Western power is willing to take a chance on.”

Shakdam is an expert commentator and political consultant. Her writings have appeared in Foreign Policy Association and the Guardian among many other media outlets. Catherine is also the co-founder of Veritas Consulting.

Basirat: As you know, the Saudi-led coalition has intensified attacks on Yemen. At least 149 people, including seven civilians, were killed in one of the latest clashes between Yemeni troops and Saudi-backed mercenaries in the western port city of Hudaydah, according to medics and military sources. What is the main reason behind the increased Saudi attacks on Hudaydah? Is it trying to gain some leverage at the negotiating table?

Shakdam: Quite simply to spend the Yemeni Resistance movement’s military capacity so that when a ceasefire is brokered by the Western community, no factions will be able to offer any opposition. Yemen’s ability to fight back and rebuke the Saudi-led coalition’s advances has so far enabled Yemen to retain a sit at the negotiating table. More importantly it has guaranteed Yemen’s political independence.

The Western community is reaching a point where it no longer wishes to entertain Saudi Arabia’s violence in Yemen and so pressure has been exerted against the kingdom. This is not to say that the Western community feels in any way, shape, or form different vis-a-vis Yemen - only that it cannot support further bloodshed.

More importantly there is a real fear that further violence will generate a fall of dominoes in the region that no Western power is willing to take a chance on. With the (P)GCC more or less on shaky ground and a shift in geopolitical alliances, Yemen’s war need to end fast.

But if Yemen’s war is likely to end soon, we need to be very prudent about what it actually means for Yemen. Hudaydah was turned into a graveyard to disappear the Resistance and ultimately limit its reach in post-war Yemen, while other factions - more in tune with Western capitals and Saudi Arabia will benefit from a fresh injection of money and weapons to defend their political positions and claims.

If anything I would say that we are entering the most dangerous and crucial stage of the war in that the Resistance Movement will need to negotiate a clever transition to consolidate its position and relevance as part of Yemen’s political makeup. Abominable war crimes continue to be committed against Yemenis and on that little still is being said. Ultimately, this conflict is bearing heaviest on civilians and until their voices are heard, until all abuses are held into account, I don’t think we will see any real resolution in Yemen.

Yemen’s war continues to be one-sided … with Saudi Arabia raining death on Yemen and Yemen resisting such aggression. There is such an imbalance of power that we cannot really translate Yemen’s conflict into traditional military terms - it resembles more a genocide than a military operation per se.

Basirat: According to some political experts, the murder of Saudi columnist Jamal Khashoggi, along with sharply deteriorating humanitarian conditions and growing media attention paid to the war in Yemen, has led to increased pressure on Saudi Arabia to end the war. Recently, Germany urged other European Union member states to follow its example in stopping arms exports to Saudi Arabia. What is your assessment of the international pressures and their influence on the protracted war in Yemen and how do you predict the future of the conflicts?

Shakdam: While we should welcome Western capitals’ newfound criticism vis-a-vis Saudi Arabia we must realize that it has more to do with the fact that the kingdom went too far in its illegality and not so much its taste for blood and criminality. Saudi Arabia made the mistake of targeting a member of the elite - someone who had deep connections and held therefore much influence. It is not the death of one journalist that bothered the West, but that of a member of its ‘establishment’.

I’d like to remind readers that Khashoggi was not a journalist … he was a former intelligence official with very many powerful friendships.

What we are seeing right now is a realization that Saudi Arabia has become a rogue state requiring some reining in. I would compare the situation today with that of Saddam Hussein back in the 1990s when he fell in disfavor with his Western patrons.

Saudi Arabia has committed many grave crimes across the decades and Khashoggi’s murder is hardly the worst offense. And so we must understand that this sudden change has little to do with human rights, freedom of expression or even criminality per se, but concerns that Riyadh is no longer playing by the rules of the game.

Yemen has bled since March 2015 … are we to believe that now Western capitals are waking up to the massacre their weapons have enabled? I very much doubt it.

Basirat: Some Western countries that claim to be champions of human rights are pursuing double-standard policies on Saudi Arabia's atrocities. What do you think about the roles of Washington and London in the Riyadh regime’s heinous crimes against Yemen?

Shakdam: Absolutely! We are witnessing a clear case of moral relativism, whereas the West is choosing to ignore crimes and abuses on account they are taking place far away from their borders.

It is not much that we have double-standards … we simply have disdain for people and people’s lives on account of geography. There is no equality before the law, no real sense of commonality and equality in our humanity. The real tragedy lies in the promotion of such ethnocentrism and the enshrined belief that might is right. Today, nations’ rights are defined by the hurt they can exact on others. How many countries can claim to stand on human rights issues on principle? Certainly not the United States …

As far as guilt goes of course both London and Washington share in Yemen’s bloodshed. Let us remember that their experts sit in Riyadh’s war rooms. It is not just weapons they are selling to Saudi Arabia but intelligence and military expertise as well. Guilt is in fact running deep.
Source:Tasnim