TEHRAN(Basirat): Commander of the Israeli military’s 300th Infantry Brigade has called on the Tel Aviv regime to resort to the policy of “targeted killings,” arguing that the assassination of the Secretary General of Hezbollah will deal a fatal blow to the Lebanese resistance movement. 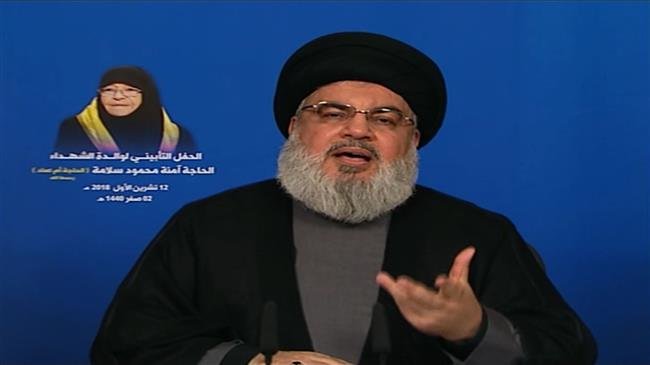 Colonel Roy Levy, in an article published in the Hebrew-language Ma'arakhot magazine, which is affiliated to the Israeli army, wrote that "targeted killings" must be carried out, and that Sayyed Hassan Nasrallah should be killed by commando forces backed by the air force, the Hebrew-language Walla news website reported.

"His personality and military experience have turned him into a center of gravity. All of his organization - from senior commanders to the low-ranking soldiers - and thus the fighting spirit of the enemy will be harmed once he is targeted,” Levy wrote.

He then recommended Israeli military operations deep inside Lebanon, asserting that the offensives would yield many benefits despite the risks associated with them.

The Israeli military commander also called for "a proper positioning of combat commando units with the aim of subjugating the enemy.”

"Should we make a similar decision and kill the leaders of enemy organizations, for example, Nasrallah? The answer is not easy.

"But the idea of ​​harming the enemy's fighting spirit by damaging its property must be examined. We must adopt a policy not anchored in force, but in ruse instead. The deep activity of commandos in a way that surprises the enemy and strikes its equipment will be an important means of damaging its fighting morale, and will lead to its defeat,” Levy commented.

On November 28, 2017, the Israeli military's chief spokesman said Nasrallah would be a target for assassination in any war between Israel and Hezbollah.

Ronen Manelis added that the Israeli military is conducting psychological and media warfare against Hezbollah.

"One of the things we talk about is the transition from traditional media consumption to social media,” Manelis said, adding, "We are also active in this theater, and it is an operational theater in every respect. Just in the past few weeks, we’ve taken a great many actions that caused consternation on the other side.”

"There won’t be a clear victory picture in the text war, though it’s clear that Nasrallah is a target,” he added.