A contemplation on Europe's new crises

TEHRAN(Basirat): Recently, it hasn't been quite calm in Europe! Although French President Emmanuel Macron has temporarily withdrawn from the fuel tax laws, the "Yellow Vests" continue to follow their demands of the Elysees Palace, taking out to the streets of Paris and other cities. 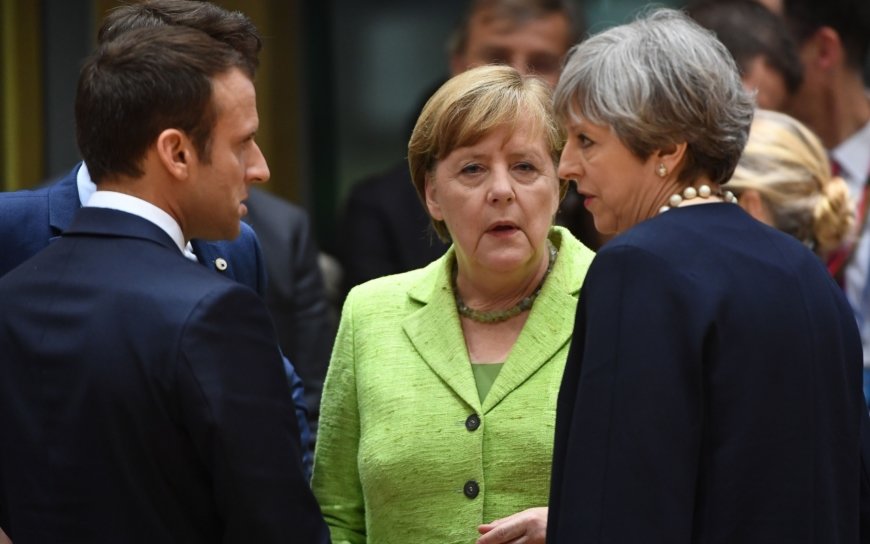 This is while issues such as reducing the income tax for middle and low-incomes, increasing pension rights and securing the interests of trade unions and workers supported by these unions remain unanswered. On the other hand, the recent protests in both the Netherlands and Belgium showed that there is a huge potential for the "rebellion against the United Europe" inside the Green Continent.

The cohesion of the economic and social structure of European countries has doubled their influence on each other, meaning that they can easily affect, and be affected by each other. Indeed, what is happening in Europe? Is "the collapse of the United Europe" still an "abstract idea"? Or has it become an "objective reality" under the influence of past years' events in Europe? In this regard, there are some points that should be taken into consideration:

1- Jacques Derrida, the postmodern philosopher, spoke of "deconstruction" during his lifetime. This concept was, in fact, the most famous term used by this French philosopher in justifying and interpreting many of the philosophic phenomena. Deconstruction is a concept that Jacques Derrida has used for "rebuilding", that is to say, destroy and, at the same time, construct. In other words, those who are of an idea or a specific style, sometimes have to reinvent their ideas through destroying its foundations (Which are the bases for that idea) and create new foundations, so deconstruction is made by decision-makers and those who possess a theory.

2- The European Union is now under critical pressure! The constant political, social and security crises have raised the vulnerability of this block. On the other hand, European leaders have clearly lost control over issues such as "Brexit" and "European economic crisis". It shouldn't be forgotten that ten years of austerity policies and a reduction in the general budgets of the Eurozone member states had bad results for the European citizens, and the signs of the economic crisis can be still seen throughout Europe.

Beyond what has been mentioned, the European Union is faced with a serious problem called the growth of nationalism and Right extremism. These anti-immigration movements, which, after the failure of European governments to resolve the economic crisis as well as the imminent crisis of immigration in 2015, have gained a lot of supporters, are planning to conquer the European Parliament and government, and then put an end to the "United Europe" and its symbols such as "the Euro currency" and "Schengen Agreement". While, about eight years ago, few people could think of Europeans extremist to gain power in this continent, they now see their highlighted presence in countries like Austria, Germany, the Netherlands, Sweden, and France. However, European leaders seem to have lost the power of "analyzing the status quo" and, consequently, the ability to change it for the better.

4- The evidence suggest that the EU, according to Jacques Derrida's theory, needs some kind of "deconstruction". In other words, to maintain this block, European authorities need to destroy the foundations that were established in the past and to replace it with a new, efficient structure. But the main question is, are the European countries able to do this? Britain is leaving European Union, and Germany's top chancellor, Angela Merkel, is to leave power by 2021 because of lack of popularity among German citizens. French President Emmanuel Macron's procedure was quite weak during France recent protests, suggesting that his proposed reforms, would not be accepted even in his own country. Under such circumstances, which the European troika has lost the power of deconstructing and rebuilding Europe, we can't see a good future for EU member states.

Finally, we come to conclude that we should be waiting for more crises raising in Europe. Although the exact characteristics of these new crises are hard to predict, we can be sure that the new round will be more severe compared to the previous times; an issue that politicians such as Angela Merkel and Emmanuel Macron aren't willing to accept.