A Tragedy in Yemen, Made in America

TEHRAN(Basirat): The New York Times posted an article in which it showed how the United States of America has been behind the ongoing tragedy in Yemen as Pentagon has been providing the Saudi-led aggression forces with the needed weapons to commit genocides. 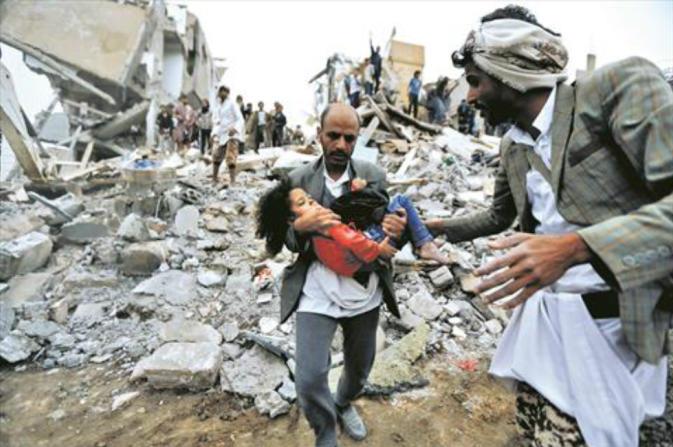 "When the Saudis buy weapons, they prefer to use the Foreign Military Sales program (F.M.S.), meaning that the United States Department of Defense serves as their broker. For a 2 percent administrative fee tacked on to the purchase price, the Pentagon handles the logistics and liaises with the private companies to fulfill the order. F.M.S., the mission of which is to ‘strengthen the security of the U.S. and promote world peace,’ is actually overseen by the State Department, which reviews all requests. More than 100 countries around the world bought weapons from the United States this way in the 2017 fiscal year. Certain countries can buy certain weapons systems directly from manufacturers, but the Saudis like the politics of buying from the United States government and feel they get more expeditious treatment from American companies when the Pentagon speaks on their behalf.”

"On Nov. 28, the Senate voted on a resolution to open debate about ending the American role in Yemen wholesale, and this time, it passed. But the White House has threatened to veto any bill that would unwind American involvement in the conflict and continues to vociferously defend its relationship with Saudi Arabia. Earlier in November, President Trump put out an official statement defending, in ‘mercenary’ terms, his continued support of the Saudis. ‘After my heavily negotiated trip to Saudi Arabia last year, the kingdom agreed to spend and invest $450 billion in the United States,’ the statement said. ‘Of the $450 billion, $110 billion will be spent on the purchase of military equipment from Boeing, Lockheed Martin, Raytheon and many other great U.S. defense contractors.’ (The State Department has acknowledged that only a $14.5 billion deal had been made at present.)”

Yemen has been since March 2015 under brutal aggression by Saudi-led Coalition, in a bid to restore control to fugitive president Abd Rabbu Mansour Hadi who is Riyadh’s ally.

Tens of thousands of people have been killed and injured in the strikes launched by the coalition, with the vast majority of them are civilians.

The coalition, which includes in addition to Saudi Arabia and UAE: Bahrain, Egypt, Morocco, Jordan, Sudan and Kuwait, has been also imposing a harsh blockade against Yemenis.