Tehran (Basirat) :Protests are still going on in France. France's protests has reached other countries such as Italy, Spain, Belgium, the Netherlands and Hungary, and this has doubled the concerns of European authorities over EU's future. The combination of security, political, social and economic crises in the European Union (as a united block) will affect all the 28 member states. 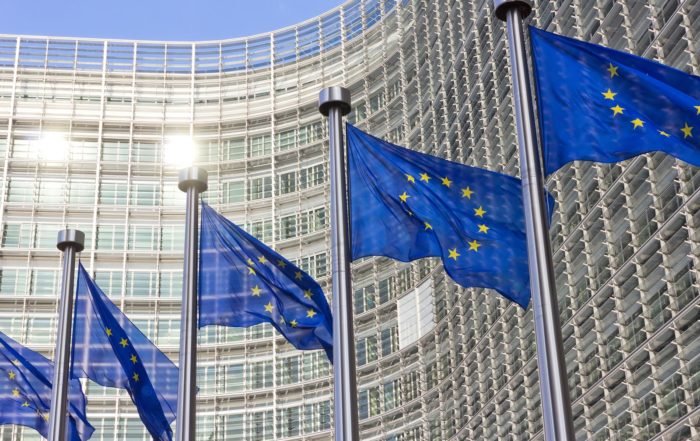 Meanwhile, the silence of European leaders such as German Chancellor Angela Merkel in the face of recent unrests, indicate that they're seriously worried about the future of the European Union and the Euro zone. At any rate, determining the relevance between recent protests in France and current and future changes in the united Europe has become one of the main concerns of analysts of the European and international affairs.
Meanwhile, some European politicians are trying to analyze the France protests as an infrastructural and skin-deep objection. However, the kind of slogans that the yellow vests are using against the capitalist system, and the generalization of protests to other parts of Europe, suggest that this phenomenon can't be regarded as a transitory, infrastructural and shallow crisis. On the contrary, it's obvious that the ongoing protests in France have a fundamental and basilar nature.
Another argument that should be taken into consideration in this regard is the analysis of the "action" and "reaction" of the French protesters and statesmen. It's not without a reason that in spite of Macron's withdrawal before the yellow vests protests (for three times), the demonstrations are still continued in France. It should be noted that in the first days of their presence in the streets of Paris and other cities, the yellow vests were merely a "protesting" population with some determined demand. But in a short time they became the "symbol of structural change in France" and even "the symbol of change in the European Union." If the protest of the yellow vests was only at the surface level, it would have to be stopped by the early withdrawal of Macron from his previous positions. Also, the use of "yellow vests" as a symbol indicate that the current protests target the ruling system in France.
Another point here is about the addresses of yellow vests protests. These addressees can't be limited to the French authorities! Even at the domestic level, the addresses of the demonstrators are not merely Macron and his administration, but other parties and groups, both socialist and conservative are included. In recent decades, especially after the formation of EU, these political parties were incapable of digesting the people's demands. Therefore, the yellow vests protest can't be limited to a simple protest against a right-wing or left-wing party. And at a greater level, the addressees of French protesters are the men in power in the united Europe; those who, since 2007, and through setting austerity policies, have made it difficult for the French and European citizens, and thus prepared the ground for continuous and extensive protests.
Third, we should pay attention to the flow of the protests in Europe. In 2007, when the economic crisis broke out in Europe, we saw that the protests primarily began in countries such as Greece and Spain. In other words, protests began to take place in weak and vulnerable countries in the Euro zone, and then it spread to other countries. However, at that time, countries such as France and Germany were not involved in the crisis and there were few protests. Today, we see that protests have begun in France, which is considered the second largest economic power in the Euro zone and is one of the leaders of the European Union. But the rallies didn't stop in France and other countries were involved. Obviously, curbing these protests is far more difficult than in 2007, and the range of protests is also wider than that time. Even if the yellow vests rallies stop in France, the opposition of the French citizens towards the EU leaders will remain strong. This opposition will show itself in the European Parliamentary elections in 2019, or in national and local elections in the EU member states. In any case, the EU has faced the worst crisis over its popularity in its history, a crisis that the European authorities are incapable of solving.
Hanif Ghafri