Will the political face of France change?

TEHRAN(Basirat): Political and social equations are wrapped up in France! Protests against President Emanuele Macron continue. Most analysts from European affairs, however, believe that Macron will not have a chance to survive in the presidential race in the next presidential election. 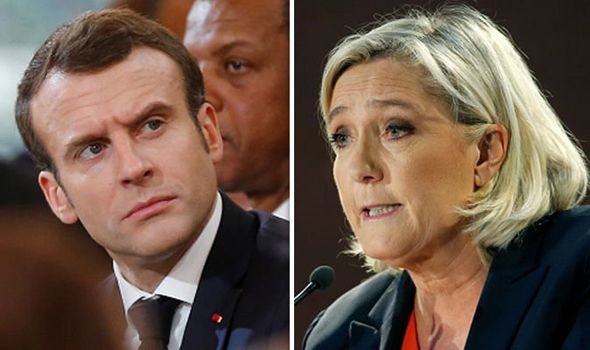 On the other hand, many analysts believe the likelihood of a nationalist presence at the Elysees Palace is high! Le Pen is now trying to remove Macron from power through holding an early elections; "It is necessary to implement proportional representation and dissolve the National Assembly in order to hold new proportional elections".

Simultaneously, she attempts to attract the attention of French citizens to herself as France's next president. "We believe that the way out of the crisis is essentially political. This decision excludes any use of violence that only adds chaos to adversity," Le Pen said in a letter published on the party's website.

Le Pen also emphasized that the political solution to the recent crisis depended on the French officials, while uttering that French President Emmanuel Macron "is deprived of sympathy for the people, constrained by arrogance and indifference of the elites."

As the French National Front can make its way to power, the EU and Euro area equilibrium will change: a matter that many European and French politicians have warned about.

In 2014, The President of the French National Rally political party, Marin Le Pen was able to shine exceptionally well in the European parliamentary elections and overcome other French political parties. In the 2017 general election, Le Pen was able to reach the final round of the presidential competitions for the first time since the establishment of the French National Rally. However, at that time, Le Pen couldn't act against the broad opposition of the Socialist and Conservative parties. But the equation seems to have changed now!

The French president is not in good shape now! Polls conducted in France suggested a decline in the popularity of Emmanuel Macron as the country's president. This is while only 21 months has passed since Macron's presence at Elysee Palace. Under such circumstances, Le Pen and her companions will naturally try to change the French citizen's mind to the benefit of the French National Rally. This is a very good time indeed, as many of the French citizens no longer trust Macron and his promises for making economic, social reforms in France.

The main question is whether the French National Front will succeed in achieving its goals? It is not clear, however, that Le Pen's calculations would all come true. The French National Rally President opened a special account on Macron's former supporters to change their minds, and as a result, their votes to her benefit! This is while some of these votes may turn into silent votes or white votes.

Also, it's quite possible that France political atmosphere in 2017, would once again repeat in 2022, or during the country's possible early elections. In this case, to right-wing extremists of French National Rally are going to lose the elections again. Therefore, Le Pen is really cautious about her positions right now, though she believes that Macron's incapability provided the ground for her political and social success in Paris.