TEHRAN (Basirat): The New Year has come and this is a great time to think about some of the events that took place during the past 12 months. 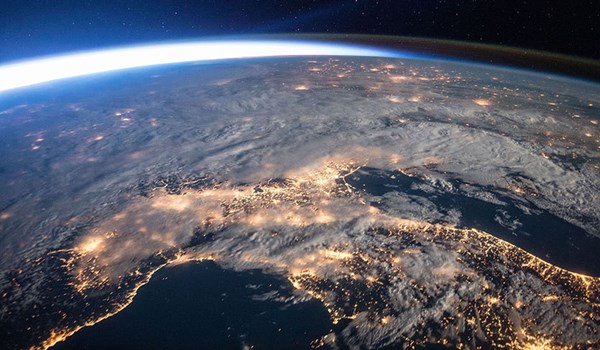 Despite President Donald Trump’s Muslim travel ban, anti-migrant policies, moving US embassy from Tel Aviv to Jerusalem Al-Quds, off-the-cuff "fire and fury” threat to North Korea, and withdrawal from a host of international agreements, there are still some rousing points of light from 2018.

Here are the top ten events for 2018 – other important developments were left out, such as the new ceasefire agreement in Yemen et al:

1. Victory over ISIL in Iraq and Syria.

Few months before Prime Minister Haider al-Abadi declared final victory over ISIL after Iraqi forces drove its last remnants from the country; it was the allied forces of Iran, Syria, Russia and Hezbollah that announced the defeat of the foreign-backed goons in neighboring Syria. The Syrian army and its allies are still fighting ISIL in desert areas, but the capture of all terror-held territories ends ISIL’s era of territorial rule over the so-called caliphate that it proclaimed in 2014 across Iraq and Syria and in which millions suffered under its reign of terror.

2. Trump orders US troops out of Syria.

On December 19, Trump called for a US withdrawal from Syria over the apparent objections of military advisers and a bipartisan group of lawmakers. The withdrawal of the more than 2,000 troops is based on Trump’s decision that the mission against ISIL is complete! US military leaders, including former Defense Secretary Jim Mattis, disagree. They don’t think the US has actually defeated ISIL.

3. The end of a terrible alliance.

The tragic murder of Khashoggi at the US consulate in Istanbul shook Riyadh’s Western allies. It was a turning point for the US-Saudi alliance. With three years of relentless Saudi bombing of Yemen leading to the world’s greatest human catastrophe and the barbaric murder of Khashoggi, Congress and business leaders finally began to question their relationship with this retrograde regime and its brutal de facto leader Mohammad bin Salman. In an unprecedented vote, the Senate approved a measure to halt US support to the Saudis in Yemen. Some European governments stopped arms sales to Saudi Arabia as well.

4. Trump orders US military to start withdrawing 7,000 troops from Afghanistan.

The effort to curb Trump’s support for the Saudi war on Yemen comes at the same time that Trump announced a halving of US troops in Afghanistan. This was an abrupt shift in the 17-year-old war there and it’s good news. It came hours after Jim Mattis, the former secretary of defense, said he would resign from his position after disagreeing with Trump over his approach to policy in the Middle East.

5. World leaders react to US withdrawal from Iran nuclear deal.

Following Trump's withdrawal from the Iran nuclear deal, there was an immediate reaction by world leaders, including the other parties to the landmark deal. France, Germany and the UK regretted the US decision to leave the JCPOA, pledging to work collectively to keep Iran under the deal by providing it with the merits promised under the agreement. China and Russia also reiterated they want to uphold the deal, arguing that "the deal makes the world safer", and that they could find no legitimate reason for pulling out of the deal.

The embassy move from Tel Aviv to Jerusalem Al-Quds infuriated Palestinians and sparked international condemnation, arguing that the city's final status should first be resolved through Israeli-Palestinian negotiations. From the UN and European allies to global rivals like China and Russia, from Iran to the Vatican, his move was denounced. The Cairo-based Arab League urged the international community to oppose what it considered an "unjust decision" and the ongoing "Israeli occupation" of Al-Quds.

Trump’s immigration policies drew international condemnation as religious discrimination from allies and religious leaders, including Pope Francis, who took aim on moral grounds at the administration’s practice of separating migrant children from their parents at the US-Mexico border. Leaders from London to Ottawa and to Tehran described the separations as unjust and cruel. The pope, who has placed the issues facing migrants at the center of his papacy, stepped into the issue, saying he agreed with statements by US Catholic bishops, who called the separations "immoral” and "contrary to our Catholic values.”

8. A trade war that united the world.

Trump became the bully of the global economy, using the immense leverage of the US market and the close to $3 trillion of foreign goods and services Americans buy every year to bludgeon allies and foes alike into rewriting trade pacts and offering favorable concessions. For the most part, the rest of the world stood firm, either granting minor compromises or simply fighting back. The EU, Canada, and Mexico all retaliated against Trump’s metal tariffs by slapping duties on US products, all while clearing a path for the very thing that Trump claims to be striving to prevent: a dominant China and a diminished US.

Last November was a turning point in the Israeli-Palestinian conflict, when Israel faced the most intense rocket barrage from Gaza since the 2014 war, as Palestinian resistant groups opened fire in response to a botched Israeli commando raid inside the besieged Strip. The rockets and mortars filled the skies with explosions and sent thousands of illegal Israeli settlers fleeing to bomb shelters. The fighting forced Tel Aviv to head towards a ceasefire deal. "The Occupation and its supporters must understand that unless Palestinians live in peace, they won’t live in peace. Playing with the lives of Palestinians can’t be without a price,” Islamic Jihad said after the deal.

10. America is isolated and the world is doing great.

Trump's vision for US foreign policy of "America First" has led to "America Isolated." The US is standing alone on more key global issues than ever before. And America's seductive sheen of "soft power" has been diminished. In Iran, Russia, China, all hopes that Trump would improve relations and usher in a new period of cooperation, are dead. On balance, the tectonic plates of global power are shifting toward a multilateral system of global governance and cooperation.

So there you have it. Despite Trump in the White House and the rise of right-wing movements around the globe, 2018 was still full of good things. Who knows, this might even mark the winding down of the disastrous wars that the US has waged on itself and the rest of the world for so many years.

US War Without End: How Not to Withdraw from Iraq
Tags: trump ، withdraw ، isisi ، syria ، sanction
Error Report
0