A hard year for Trump

TEHRAN (Basirat) : By analyzing the current circumstances in the United States, one can see that the coming year will be very difficult for the US President. 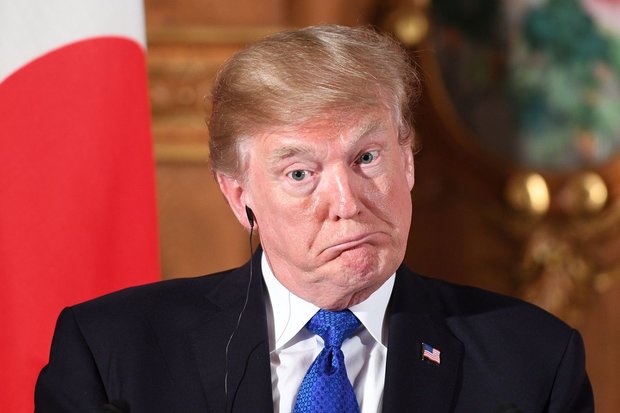 The removal of James Mattis as the US Defense Secretary and other actions taken by Trump on the eve of the new year raised lots of conflicts and tensions in the country. These tensions are intensifying as Washington is entering 2019. Definitely this is going to be a hard year for the controversial President of the United States due to the Democrats' inter-party competitions and the intensification of social, political and economic crises in the United States.

In this critical period, Trump is trying to prevent the American citizens from concentrating on the turbulent atmosphere ruling over the White House. It's not still clear that how long Trump can play his role in producing cross-sectional crises to cover the deep-seated crises in the United States, but in spite of the President's will, the game's about to change.

Recently, Trump's performance has been seriously under the focus of American media. It has reached a point where, according to a recent poll conducted by Fox News (which supports Trump), only 39% of Americans are confident of Trump's re-election in 2020. This is while 55%re opposed to his re-election. If these figures don't change by that time, we'll see lots of tensions in the White House in the years between 2018 and 2020. However, the newly elected House members, most of them Democrats who are opposing Trump, will soon enter the US Congress.

Many American sources have predicted that Trump's controversial actions and policies will lead the country into intense crises in different aspects. They believe that these crises will raise in different areas and will become America's Achilles' heel in the domestic and international system.

In one of its recent reports, Washington Post has referred to Trump's crisis-producing actions, such as the controversial border with Mexico, and said; "For probably the first time in American history, part of the government is shut down for lack of funding because of a dispute over a construction project."

It continues; " President Trump, as you may have heard, promised during the 2016 presidential campaign that he would solve most of America’s immigration problems and many of its other issues by building a wall on the border between the United States and Mexico. This wall was going to be paid for by Mexico, he claimed, an assertion that was never believable. More believable: that the wall was going to be made of concrete slabs, a point he made in some detail on the trail."

The Washington Post also argues that the results of some major researches will be soon published in the United States, including special counsel Robert Muller's investigations on Russia's possible intervention in the US presidential elections. Trump will undoubtedly criticize this report. As a result, the situation will become even worse.

The truth is that Trump's presence on top of the US political and executive equations has created internal and international crises in the country, crises which will affect the White House for many years, even after Trump's stepping down from power.