TEHRAN(Basirat): News sources in the United States announced that Joe Biden, the U.S. former Vice-President (from 2009 to 2017), and a prominent figure in the Democratic Party will soon announce his run for the president in 2020. Biden has previously said that he's "the most qualified person in the country" for being president. 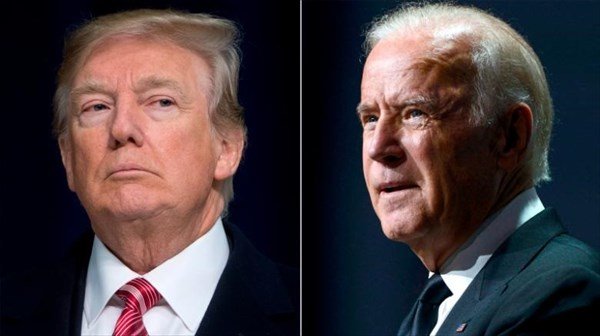 Biden mentioned these words in a controversial interview which has attracted the attention of many American analysts. However, Biden's final decision for participating in the presidential campaigns wasn't clear. Eventually, a number of Biden's followers, including his brother Frank Biden, announced his final decision to run for the general elections. Polls conducted in the United States indicate that Biden is currently more popular than other potential candidates of the Democratic Party in the upcoming elections.

Meanwhile, Biden is probably to face rivals such as Bernie Sanders, Senator from Vermont, and Elizabeth Warren, and even Hillary Clinton. During the 2016 presidential competitions, Biden was also scheduled to attend the in-party election competitions, but he changed his mind due to his son's death and Hillary Clinton's insistence on attending the presidential campaign. Biden's remarks, however, show that he's greatly interested in defeating Trump in the 2020 election.

However, we shouldn't forget that Biden can't really count on the current polls conducted among Democrat supporters! We can all remember that during the 2008 presidential elections and inside the Democratic Party, Obama had far less chance of reaching the final round of the elections than those like Hillary Clinton. But his successful speeches in states like Iowa and South Carolina led to Clinton's final defeat and Obama's victory.

Hence, the success of Biden's rival candidates in states like Iowa and New Hampshire (where American in-party elections begin with them) can completely change the equations, and that won't be to Biden's advantage.

Accordingly, Trump's position on Biden's participation in the presidential competitions are noteworthy. In a phone interview with Fox News' Jeanine Pirro, Trump called Joe Biden "weak". He also claimed that he's not worried about a potential challenge from the former vice president in the 2020 presidential race; "You know, a lot of people say Biden’s doing OK, but he was always a 1-percenter. He was a 1 percent guy. He ran two or three times, he never got above 1%, and then, Obama came along and took him off the trash heap, and he became the vice president. He's weak. So, we'll see what happens with him."

Trump's words came on the same day that Biden had told some top Democrats that he was definitely running for president. "If I’m walking, I’m running,” said Biden.

Trump's literature on Biden's presence in the U.S. presidential race, reflects the U.S. President's dissatisfaction and anger with the country's former Vice President and his candidacy. Obviously, Trump preferred figures such as Hillary Clinton, Elizabeth Warren to be his potential rivals in the next general elections.

However, Trump knows well that Biden can challenge his position at the White House by maneuvering again on issues such as public medical health insurance plan. On the other hand, Trump attempts to turn the game into an emotional rivalry through using ugly words against Biden, and this is very much like Trump's populist personality and approach. However, Biden now has his main focus on Democrats' inner-party race, and he doesn't consider direct competition with Trump until he has won his victory in the competition.