As repression rises, Saudis pack up and leave

TEHRAN(Basirat): A handout picture provided by the Saudi Press Agency (SPA) on January 28, 2019 shows Crown Prince Mohammed bin Salman attending a ceremony at a hotel in Riyadh. (Via AFP) 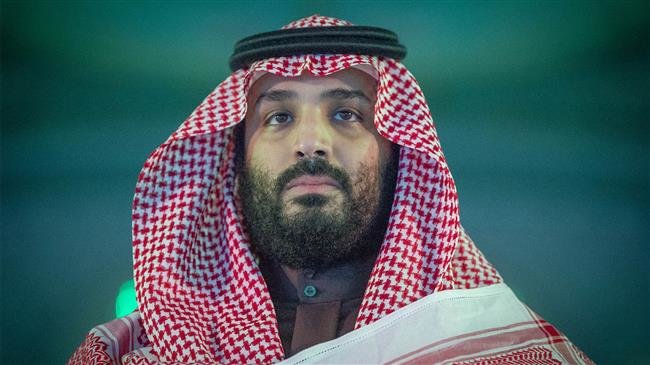 Increasingly more Saudi Arabians are leaving their home country and filing for asylum abroad in recent years, as repression rises in the kingdom, especially under Crown Prince Mohammed bin Salman, a report says.

In a report on Sunday, CNN used data from the United Nations (UN)’s Refugee Agency, the UNHCR, to show how the number of Saudi Arabians leaving their country and seeking asylum abroad rose from a mere seven in 1993 to 2,392 in 2017.

That figure took a dramatically steeper rise in 2015, when King Salman ascended to the throne and, over a short period of time, gave his son Mohammed carte blanche to effectively run the country.

To interpret the numbers, CNN cited "activists and analysts,” who pointed to a combination of medieval social practices against women, domestic abuse, and, most prominently, state repression of dissent as the reasons for the sharp rise in the number of the Saudi Arabians choosing to live elsewhere under asylum.

The report in particular highlighted "Crown Prince Mohammed bin Salman’s campaign to stamp out dissent in the kingdom.”

Ali Shihabi, a supporter of Mohammed and the founder of The Arabia Foundation, a Washington-based think tank, said, "Certainly, the political space and the space for freedoms were already very tight, and it’s gotten much tighter over the last two years. So, certainly, the environment would provoke more Saudis to go abroad.”

The report said, "The trend of Saudis seeking refuge has grown despite risks of interception by Saudi authorities,” a risk that has grown stronger in the wake of the state-sponsored murder of Saudi dissident Jamal Khashoggi inside Saudi Arabia’s consulate in the Turkish city of Istanbul in October last year.


"It’s absolutely impossible that I would ever go to the Saudi Embassy,” the London-based Saudi dissident Yahya Assiri told CNN shortly after news of Khashoggi’s initial disappearance broke. "I refused to go before, and the Khashoggi situation has made my decision even clearer.”

Nourah, a 20-year-old Saudi asylum seeker in Australia who declined to reveal her full name for security reasons, said that the ongoing crackdown by the Riyadh regime made asylum "a very popular idea in Saudi Arabia.”

The domestic abuse of women in Saudi Arabia attracted international attention when Saudi teenager Rahaf Mohammed al-Qunun fled her family on a trip and locked herself in a hotel room in Thailand until she was granted asylum in Canada last month.
According to the UNHCR figures, between 2015 and 2016, the number of Saudi refugees and asylum seekers rose by 52% to 1,936, compared to an average year-on-year increase of around 13% over the preceding decade. In 2017, the number increased 23.55% to 2,392.
Human Rights Watch Middle East researcher Adam Coogle said that the sharpest rise in Saudi refugees occurred after 2015, the year Mohammed emerged in the kingdom’s political scene.

"You have people fleeing political repression, and that’s very easily tied to MbS and what he’s done. And I think that the number (of asylum-seekers) you’re seeing here is indicative of that,” Coogle said, using Mohammed’s initials.

Last year, Mohammed ordered the jailing of high-profile princes, clerics, analysts, and businessmen in a crackdown that he attempted to portray as an "anti-corruption” fight but that was widely seen as a repression of political dissent.

Torture and various forms of ill-treatment have been routinely reported over the past years in Saudi prisons and detention centers.