TEHRAN (Basirat): A UN-led probe into murder of Saudi dissident journalist Jamal Khashoggi concluded that he was the victim of a “brutal and premeditated killing” planned and perpetrated by the kingdom's officials. 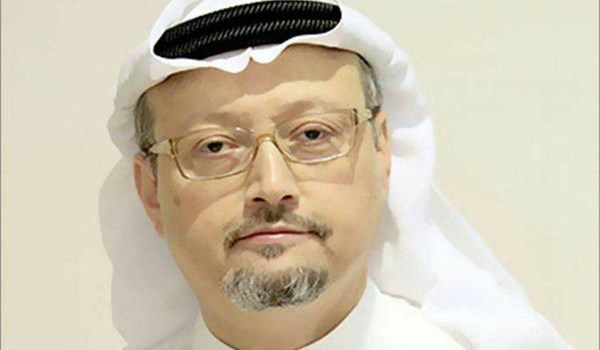 "Saudi officials had seriously undermined and delayed Turkey's efforts to investigate the crime scene at the kingdom's consulate in Istanbul in October 2018," UN special rapporteur for extrajudicial summary or arbitrary executions Agnes Callamard said in Geneva on Thursday.

Callamard reiterated that they had access only to a part of "chilling and gruesome audio material" of the dissident journalist's death, obtained by the Turkish intelligence agency.

Elsewhere in her remarks, Callamard voiced "major concerns" about the fairness of proceedings for 11 Saudis facing trial in the kingdom over the case.

The team led by Callamard arrived in Turkey earlier this week to probe Khashoggi’s killing. She held talks with Turkish foreign and justice ministers and the prosecutor in the case.

Callamard was barred from the Saudi consulate where she had requested to visit as part of the investigation. Her findings and recommendations are expected to be reported to the UN Human Rights Council at a June 2019 session.

"The team held a number of meetings in Turkey, including with Khashoggi’s fiancé, and she (Callamard) also intends to listen to the audio recordings related to the crime.”

Turkey, which said it was in possession of audio evidence of Khashoggi’s murder soon after he failed to exit the consulate, has indirectly suggested that bin Salman ordered his killing.

The Washington Post, for which Khashoggi was a columnist, reported in November 2018 that the CIA had also concluded that bin Salman ordered the killing.

After weeks of outright denial, the Riyadh regime eventually acknowledged the murder but has attempted to shift the blame to bin Salman's underlings and away from the crown prince himself.

Khashoggi was killed and his body was dismembered by a Saudi hit squad inside the kingdom’s Istanbul consulate on October 2, 2018.

Ankara has demanded that Riyadh extradite suspects in the case to stand trial in Turkey but Saudi Arabia has refused to do so. Riyadh has not yet produced Khashoggi’s body either.

Erdogan has recently said that US silence toward the killing is not acceptable and that Ankara wants everything to be clarified about the case.

"I cannot understand America's silence. We want everything to be clarified because there is an atrocity, there is a murder," Erdogan told an interview with state-run TRT television on Sunday. "The Khashoggi murder is not an ordinary one."