TEHRAN (Basirat) : Iran’s Foreign Ministry released a statement in response to the Council of the EU's conclusion on the Islamic Republic, criticizing the EU document for raising allegations against Tehran’s missile activities and regional role and for using human rights as a political tool. 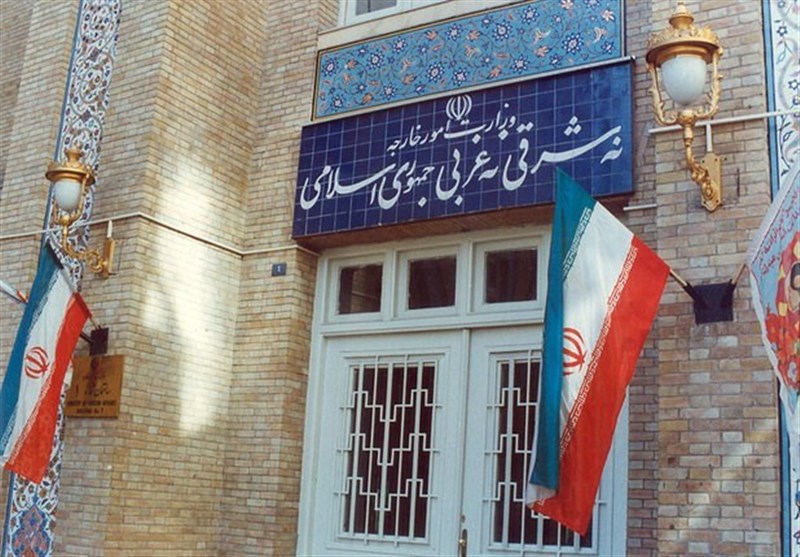 In a statement on Tuesday morning, the Iranian Foreign Ministry released a statement to explicate the country’s stances towards a conclusion that the EU council adopted on Monday night on Iran.
Although the Foreign Ministry has welcomed the EU’s positive approaches in the conclusion, it has leveled criticism at the European document for raising certain issues.
As regards the EU’s comments about the INSTEX (Instrument in Support of Trade Exchanges) -a payment channel that the three EU signatories to the 2015 Iran nuclear deal (France, Germany and Britain) have set up to help continue trade with Tehran- the Foreign Ministry said while Iran welcomes the registration of the INSTEX, it expects the mechanism to be implemented as soon as possible, citing Europe’s "late and insufficient” measures on the financial channel.
It said Iran attaches significance to the economic benefits of the Joint Comprehensive Plan of Action (JCPOA), stressing that the way that the European parties would carry out their commitments would be a significant litmus test for Iran’s future policies.
The statement also underlined that any plan to link implementation of INSTEX -an inherent part of the JCPOA- to other issues such as the Financial Action Task Force (FATF) Action Plan is totally unacceptable.
On the allegations that Iran has been involved in hostile activities on the territory of several EU countries, the Foreign Ministry said such accusations are "baseless and surprising”, noting, "The Europeans’ move to raise such bogus and groundless allegations and their expression of concern, while the notorious and criminal terrorist groups… are freely active in Europe- is not only unconstructive at the current situation, but also serve the objectives of the enemies that seek strained ties between Iran and Europe.”
Iran, known as a victim of terrorism and a spearhead of the fight against Daesh (ISIL) terrorist group -which also threatens security in Europe- expects the EU to adopt a realistic stance without the common double standards, the statement added.

In response to the EU conclusion’s expression of concern about Iran's missile activities, the Foreign Ministry reiterated that Iran’s military activities are "defensive, deterrent and indigenous” in nature and such issue will be never subject to negotiations with the other countries.

"We strongly believe that raising such issues at the current regional circumstances and the brazen threats against security of the Islamic Republic of Iran are not constructive, effectual and useful, and are not consistent with the regional security and Europe’s real interests,” the statement underscored.

The Foreign Ministry also dismissed the EU conclusion’s allegations about Iran’s unconstructive regional role, recommending the EU states to hold a realistic view of the regional developments and not to be influenced by the attempts of the elements that are against the regional peace, stability and security and against the promotion of relations between the government and nations.

"The Islamic Republic of Iran always supports dialogue, cooperation and political solution for the settlement of all regional crises,” it added.

As regards a paragraph in the EU conclusion that has voiced serious concern about the human rights situation in Iran, the Foreign Ministry condemned any "instrumental and political employment of human rights against the independent counties,” saying Tehran’s activities over the past four decades reveal its serious resolve to promote human rights and honor its international commitments through constructive cooperation and dialogue-based mechanisms.

"Expression of concern about the status of human rights in the Islamic Republic of Iran, while Iran’s top regional position in terms of respecting the norms of human rights is clear to everybody, would be an attempt to divert the public opinion and insist on a wrong process which could deepen distrust in the mutual ties,” it deplored.

"In a region whose main crisis is the murder of children by the Zionist regime and the crimes by the Saudi-led coalition in Yemen (because of the conventional and unconventional arms provided by the Western countries, including certain EU member states), the EU’s stances like this are undoubtedly unconstructive and rejected by the world public opinion.”

The Foreign Ministry also decried the EU’s silence on the widespread violation of human rights in the EU member states, such as lack of respect for the basic rights of migrants and refugees, a rise in the far right sentiments, and the racist behavior towards ethnic and religious minorities, particularly Muslims.

The statement ultimately noted, "The Islamic Republic of Iran calls for constructive interaction on the basis of mutual interests and respect with the European Union. The Experience of dialogue and cooperation between Iran and the EU, particularly the experience of the previous years, in the past three years in particular, demonstrate that there are great capacities and opportunities for cooperation and expansion of ties between the two sides. We hope that enactment of all European commitments would deepen bilateral relations at the shortest time.”