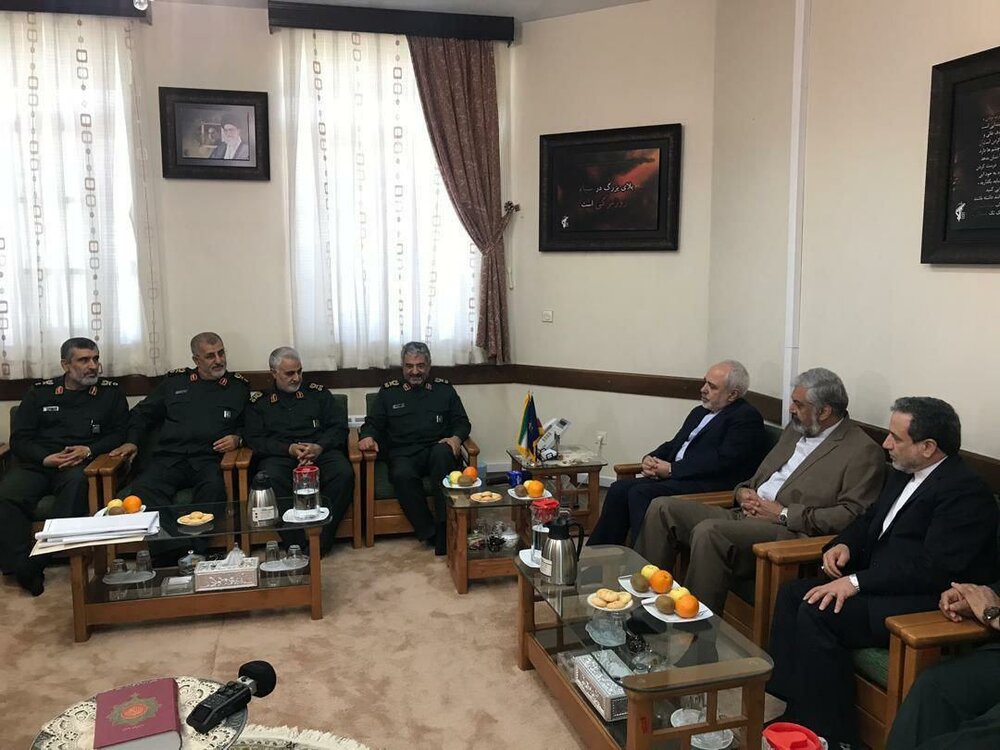 Deputy Foreign Minister Morteza Sarmadi and Abbas Araqchi as well as Major General Qassem Soleimani, commander of the IRGC Quds Force, and other top IRGC commanders were present at the meeting, ISNA reported.
The meeting took place two days after U.S. government labeled the IRGC as a foreign terrorist organization. The move was widely condemned by top political and military officials.
Speaking after the meeting, General Jafari said the Americans would not dare to take military action against Iran as they know their forces in the region would suffer the consequences.
Also in remarks after the meeting, Zarif said, “The Americans’ stupid act against the Guards has fortunately increased our unity inside the country.”
“This laughable act by the Americans reveals their desperate regional policies.”
After the meeting, Zarif also posted a tweet, saying, “Honored to meet top cmdrs of #IRGC. Our armed forces sacrificed to defend our nation, region & the world against Saddam & ISIS. We'll never forget their sacrifice-nor will we allow outlaw bullies to destroy their legacy by fuelling insecurity & instability. Nor should the world.”