Commander Thanks Iranian MPs for Supporting IRGC against US

TEHRAN (Basirat) : Commander of the Islamic Revolution Guards Corps (IRGC) Major General Mohammad Ali Jafari expressed his gratitude to the Iranian lawmakers for their support for the IRGC against a recent decision by the US to blacklist the force. 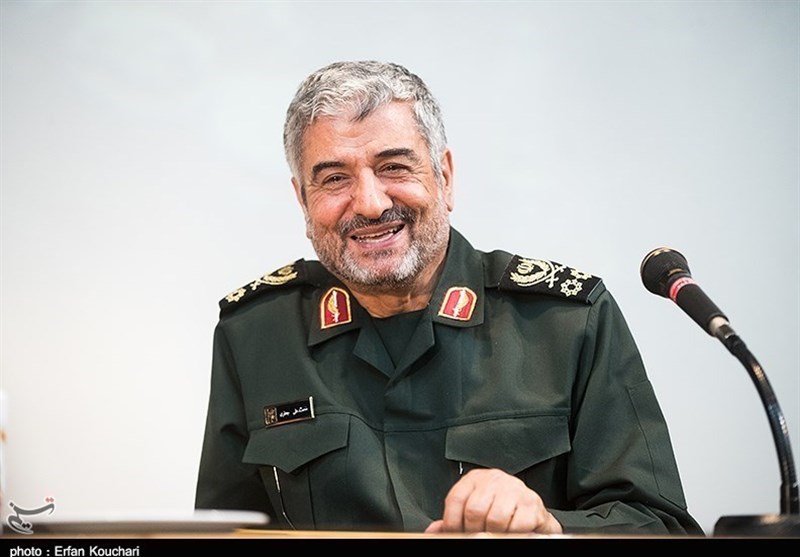 In a letter to Iranian Parliament Speaker Ali Larijani released on Tuesday night, Major General Jafari appreciated “the firm stance” of the MPs on “the desperate move” by the US to label the IRGC as a terrorist group.
“The foolish and illegitimate action by the adventurous president of the US and his extremist inner circle to put the IRGC on the list of terrorist organizations of the world, is the outcome of their grudge and anger over their consecutive defeats… in the region, and the fatal blows they have suffered from the Iranian nation and this popular and revolutionary institution (the IRGC), which has been pioneer in the and successful in the fight against terrorism,” the letter said.
During an open session of the parliament on Tuesday afternoon, the MPs voted for the generalities of a motion to back the IRGC against the US government.
The motion put forward by the parliament’s National Security and Foreign Policy Commission was passed by 204 votes to 2 during the open session attended by 207 parliamentarians.
Speaking to the Tasnim News Agency, the National Security and Foreign Policy Commission Spokesman Ali Najafi said, “According to one of the data-x-items of the motion, the Islamic Republic of Iran’s administration is required to take reciprocal and decisive actions against terrorist acts of the American forces that endanger the interests of the Islamic Republic of Iran in the framework of the Supreme National Security Council's decisions.”
According to another item, the Iranian administration is obliged to protest and take legal action against the illegal decision of the US to label the IRGC as a terrorist organization at international levels through bilateral and multilateral consultations with other countries, he noted.
On April 8, US President Donald Trump announced that Washington is designating the IRGC a foreign “terrorist organization”, marking the first time the US has formally labeled another country's military a terrorist group.
Responding to the move, Iran’s Supreme National Security Council immediately declared the US as a state sponsor of terrorism and US forces in the region terrorists.
The SNSC said it has put CENTCOM on its terror list as a “reciprocal measure” against the US “illegal and unwise” move.